(May 21, 2018) — Dozens of graduating medical students were recognized at this year’s Warwick Evans Awards Ceremony, which celebrates student accomplishments in research, academic performance, service and leadership.

“We’re here to honor our fourth-year students, who four years ago were in this very room for their White Coat Ceremony,” said Stephen Ray Mitchell, MD, MBA, dean for medical education.

Drawing on his national security background, in his first year of medical school, Epstein founded the Global Surgical and Medical Support Group (GSMSG) an organization that provides medical relief and training in conflict zones.

Epstein was humbled when he learned he had been selected. “So much of the work I have done overseas was behind the scenes,” he said. “I never did it so I could gain recognition; to me, it was something rewarding and that I thought was worthwhile.”

The Healing Power of Presence

A proud Hoya, Epstein believes Georgetown was the perfect place for him to combine his passion for foreign affairs and medicine. “Georgetown is a powerhouse when it comes to global affairs,” he said.

However, the experiences that impacted Epstein the most occurred when he was a medical student volunteering with GSMSG in the Middle East. When serving at a clinic in Iraq that frequently treated refugees critically injured by ISIS fighters, Epstein noticed that most of the patients appeared to be in stable condition. After asking why they were there, one patient said that they did not trust local doctors and that it meant the world to them to be seen by an American doctor.

The experience taught Epstein an important lesson, which he shared with the Class of 2018: so much of our ability to heal comes from our very presence. Because of this, Epstein urged his peers to be proud of the institution that they’re graduating from.

“The light and energy that comes from each of us in this room burns brighter, longer and with more intensity than you yourself may be able to appreciate at this moment in time,” Epstein said.

In addition to delivering the student address, Epstein was also awarded the International Programs Award, which is awarded to students who demonstrate outstanding service to international health, reflecting the Jesuit ideal of care for the underserved. He will be completing his residency at the University at Buffalo School of Medicine in general surgery.

Separately, Jack Penner (M’18) was among students receiving the highest number of awards. In addition to graduating as a member of the Gold Humanism Honor Society and having served as its president, Penner was selected by his peers to receive the Leonard Tow Humanism in Medicine Award, which recognizes students who embody humanism in the study and practice of medicine. Penner also received the Jesuit Leadership and Service Award, The Knowlan Award, and the William P. Argy, MD Teaching Award. He will be completing his residency in internal medicine at the University of California, San Francisco.

One of the highest awards students receive, the Excellence in Public Health Award, is presented to an individual who has dedicated themselves to serving the nation by fighting against disease and poor health conditions. This award was bestowed by Joseph Simon, a physician and a commissioned officer in the United States Public Health Service. On behalf of the Surgeon General of the United States, Simon presented the award to Katherine Mullins (M’18), a former research fellow at the National Institutes of Health who later earned a certificate in overcoming health disparities. Mullins also conducted health education research with the Association of Maternal and Child Health Programs and has regularly volunteered at the student-run HOYA Clinic. She will be completing her residency in internal medicine at Montefiore Medical Center at the Albert Einstein College of Medicine.

Concluding his speech, Epstein encouraged the class of 2018 to complete one task: “Sometime after you graduate, take a moment to close your eyes and feel the light and that burning radiance coming from you — the power of this profession and the power to heal by your very presence,” he said. “And then open your eyes and go after it as if your life depends on it. Because the lives of others will.” 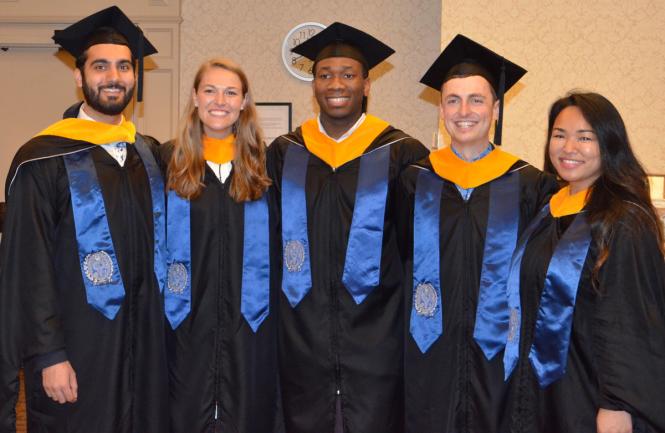 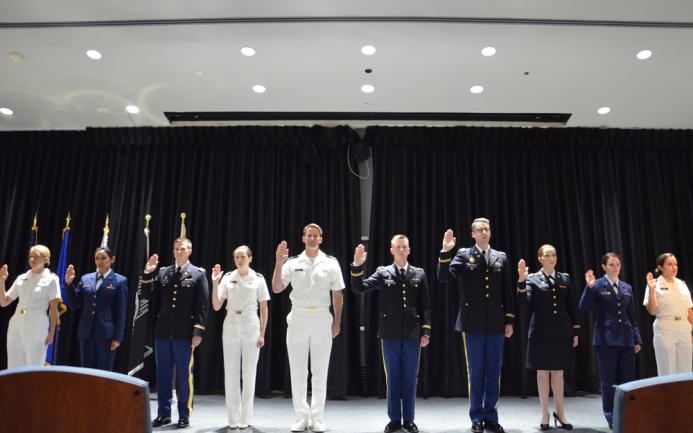 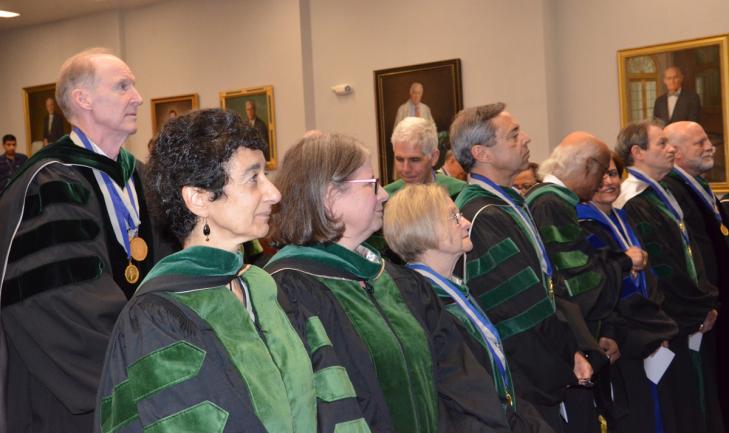