A collection of messages from leaders and groups around Georgetown

In May 2020, cities across the United States and the world erupted in angry protest following the brutal death of George Floyd in Minneapolis at the hands of police.

The uprising became a movement.

At Georgetown, leaders and groups across the various campuses declared their solidarity with the Black community.

One letter, however, differed from these declarations. On June 3, School of Medicine students penned an open letter to the administration with regard to policy and programmatic changes required for racial justice.

School of Medicine: Response from the EVP’s Office

The Racial Justice Committee for Change, co-led by students, faculty and staff from around the Medical Center, formed to address the points laid out in the student letter. Work toward this end is ongoing. 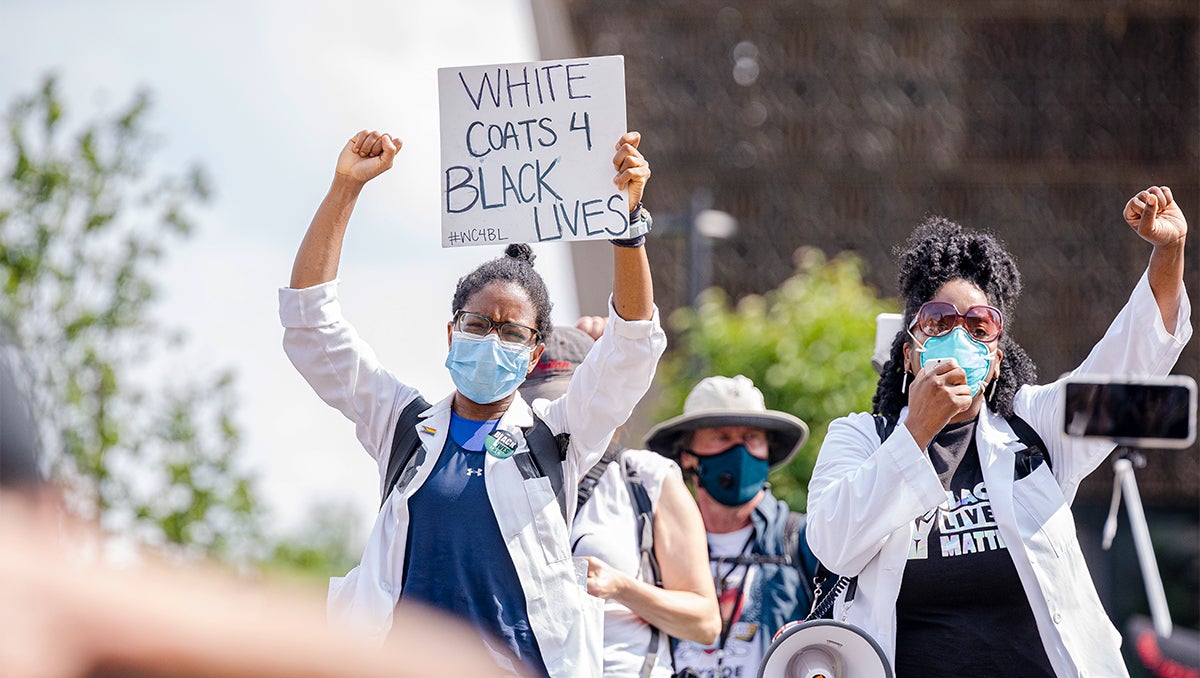 Dr. Healton provided an update on some of the medical center’s actions to date in response to the open letter from School of Medicine students of June 3.

From the Office of Diversity & Inclusion at GUSOM

From the Georgetown Center for Social Justice Research, Teaching & Service

From the Georgetown Center for Multicultural Equity and Access

From the Office of Institutional Diversity, Equity & Affirmative Action