WASHINGTON (Nov. 21, 2016) — A quest to understand if and how life can endure in extreme cold— on Earth and, perhaps one day, on Mars — is sending a team of Georgetown University researchers to Antarctica to search for, and then sequence, ancient bacteria.

Their mission marks the first time that sequencing will be conducted on the world’s seventh and southernmost continent, Antarctica. The research will take place in the McMurdo Dry Valleys, the tiny part (one percent) of Antarctica that is free of the snow and ice sheets, some three-miles thick, that blanket the rest of the continent.

During the month long expedition, a team of five — a planetary scientist, two biologists and two DNA 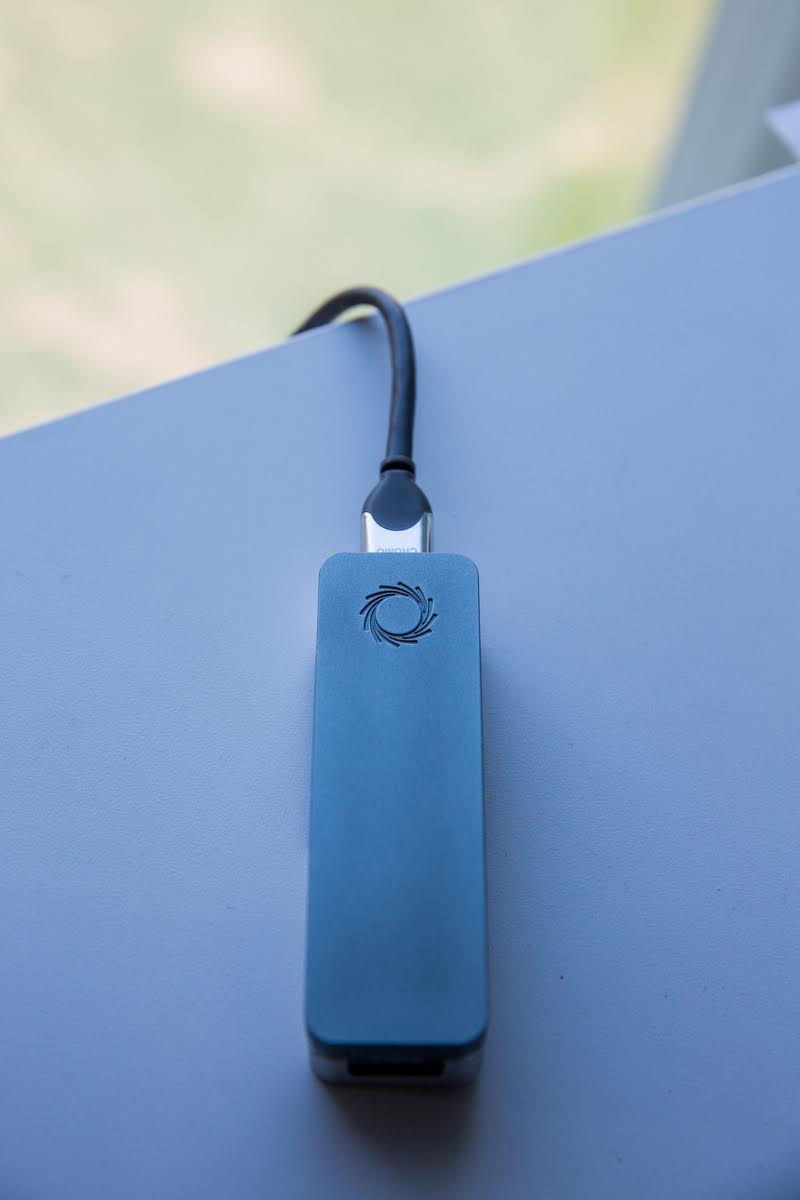 sequencing experts — will travel by helicopter to and from the main U.S. research base, McMurdo Station, to the Valleys to collect ancient microbial mats, or “paleomats,” that are associated with former lake beds. During these 7-8 excursions, the team will search for ancient cells and, when found, use the advanced sequencing techniques to spell out the microbes’ DNA and RNA. They are bringing three pieces of sequencing instrumentation along — two that are the size of a microwave and will stay at The Albert P. Crary Science and Engineering Center at McMurdo Station, and a pocket-sized nanopore sequencer (pictured left)to collect data in the field.

“We know very little about how life persists in extremely harsh conditions,” says the project’s principal 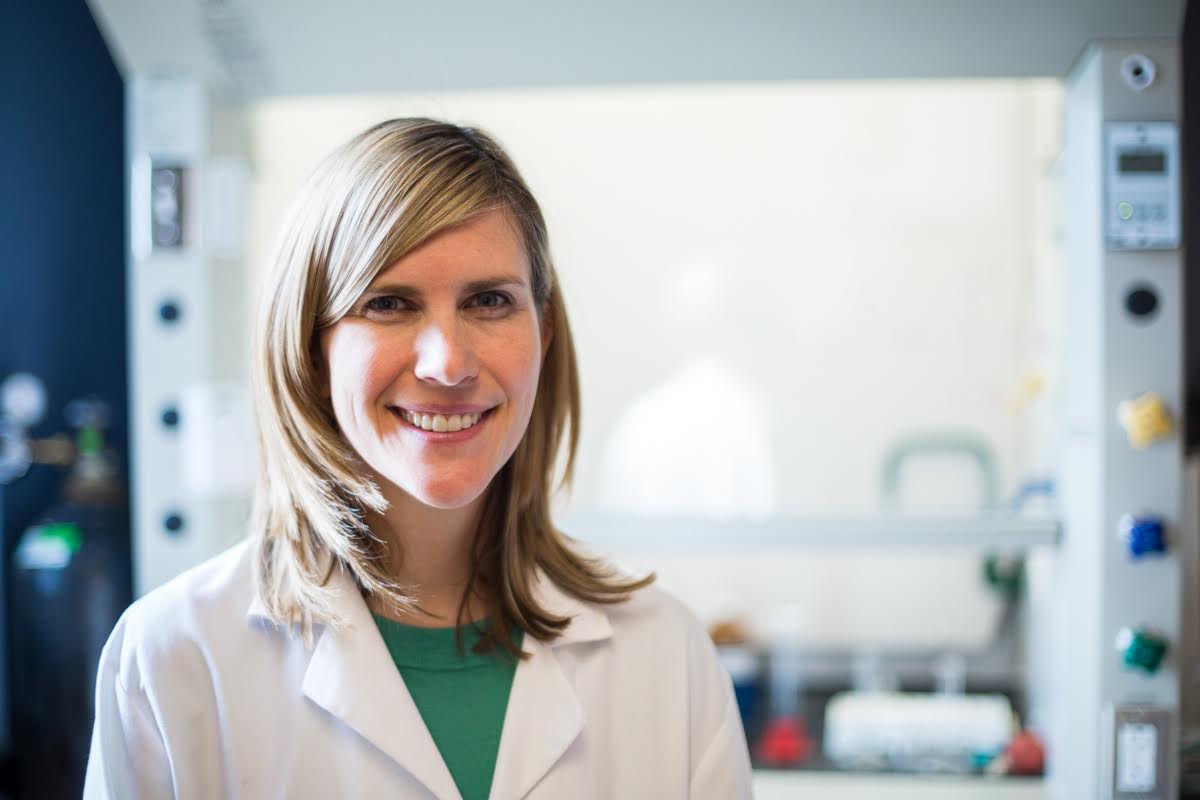 investigator, Sarah Stewart Johnson, PhD, (pictured right), an assistant professor of planetary science in Georgetown’s Department of Biology and Science, Technology, and International Affairs Program.  She runs the Johnson Biosignatures Lab, which employs tools from molecular biology and organic geochemistry to search for fingerprints of life.

“It’s fascinating to think about what survival strategies cells may employ when pushed to their limit,” says Johnson, who was awarded a National Science Foundation grant to conduct the research.

Using advanced sequencing technologies, the project will investigate whether Antarctic paleolakes “harbor microbial seed banks, or caches of viable microbes adapted to past paleoenvironments, that could help transform our understanding of how cells survive over ancient timescales,” she says. 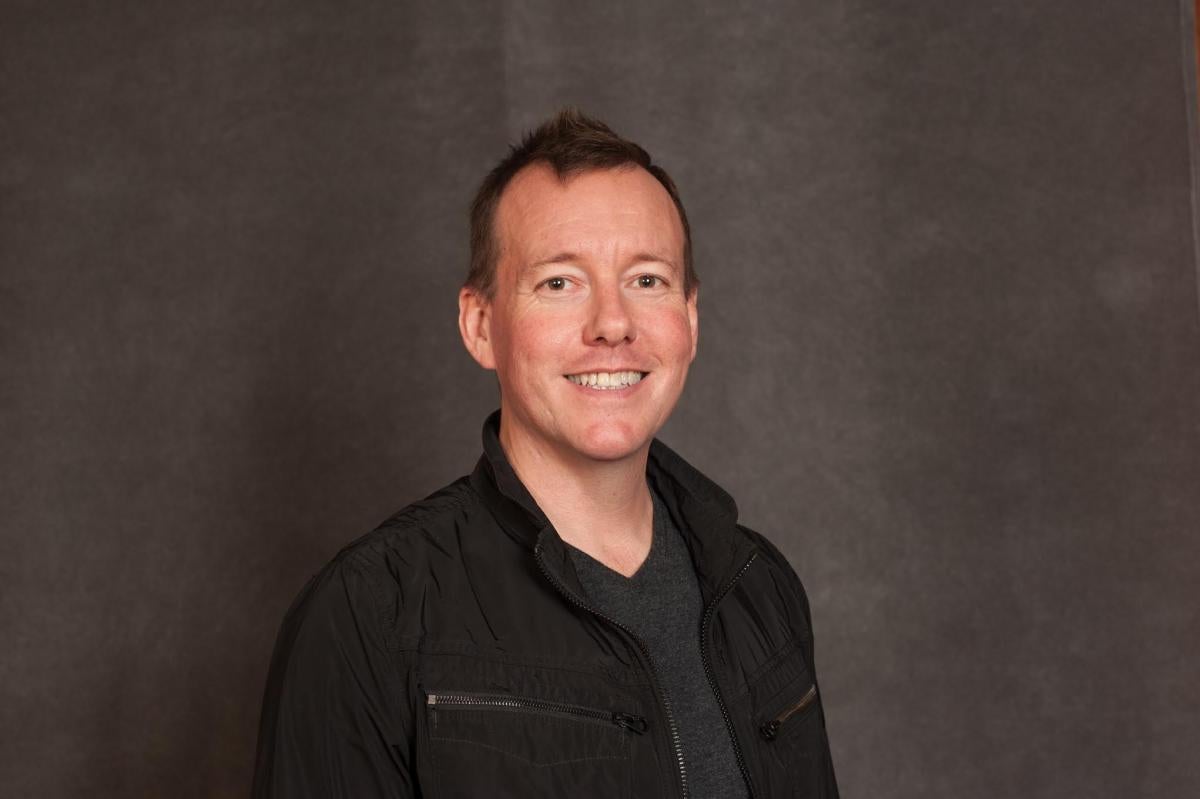 These bacteria may provide a riveting look back in time, says team member David Goerlitz, MS (pictured left). He and Scott Tighe, a sequencing expert from the University of Vermont, who also spearheads the Extreme Microbiome Project, will be collaborating with the other three Georgetown researchers (Johnson, biology undergraduate Angela Bai, and postdoctoral fellow Elena Zaikova) in the gene discovery process.

The team will look for bacteria that persist despite the extreme conditions, says Goerlitz, who is operations director of Georgetown’s Genomics & Epigenomics Shared Resource, which is headquartered at the Georgetown Lombardi Comprehensive Cancer Center.

“Our mission is to understand what it takes to detect life that is holding on at the margins — and what that life looks like,” says Goerlitz.

And what they plan to achieve will be a first.

The technology they will bring with them will allow the team to thoroughly analyze extracted DNA, as well as RNA, from a variety of field sites, maximizing sample collection from the most promising sites in real time. And with this sensitive quantification data in hand, the team can, for the first time, construct and sequence libraries at the Crary Lab in McMurdo Station.

Goerlitz has been sequencing genes at Georgetown Lombardi since 2003, and is used to taking his equipment to far-off places. In 2004, he spent six weeks in Cairo with a Georgetown oncologist to study genes involved in liver and bladder cancers, and since 2008, Goerlitz travels twice a year to Russia for an ongoing Georgetown health study in ionizing radiation.

Heading to Antarctica, however, “is the type of project every researcher dreams of.  I am so very excited to use my skills and expertise in a frankly sexy project,” he says with a laugh.

But he adds that there will be challenges. Among them is booking time on a very limited satellite data uplink, one that has 1/10th the capacity of a typical home wi-fi system. The team will generate data as they go, and upload it to the cloud, where it will be processed. Some samples will be carried back to the states, he says.

The techniques pioneered by the team may lend insight into how to do the same thing, but in an automated fashion, on Mars, Goerlitz says. “The Antarctic resembles Mars in its extreme cold and dryness.  If simple microbes ever evolved on Mars, they might still persist today. Perhaps in the future, a Mars rover can use techniques like the ones we’re using in the Antarctic to search for life.”

About Georgetown University Medical Center
Georgetown University Medical Center (GUMC) is an internationally recognized academic medical center with a three-part mission of research, teaching and patient care (through MedStar Health). GUMC’s mission is carried out with a strong emphasis on public service and a dedication to the Catholic, Jesuit principle of cura personalis — or “care of the whole person.” The Medical Center includes the School of Medicine and the School of Nursing & Health Studies, both nationally ranked; Georgetown Lombardi Comprehensive Cancer Center, designated as a comprehensive cancer center by the National Cancer Institute; and the Biomedical Graduate Research Organization, which accounts for the majority of externally funded research at GUMC including a Clinical and Translational Science Award from the National Institutes of Health. Connect with GUMC on Facebook (new window) (Facebook.com/GUMCUpdate), Twitter (new window) (@gumedcenter) and Instagram (new window) (@gumedcenter).