The Downside of Mindfulness: Implicit Learning May be Impaired 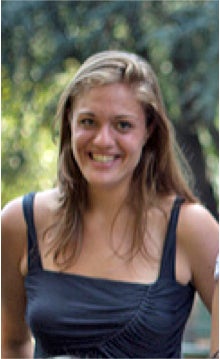 JULY 31, 2014 – Mindfulness – being aware and “in the moment” – has many positive effects but may impair implicit learning, according to a study by Georgetown researchers recently published in the journal Consciousness and Cognition.

Implicit learning is the acquisition of knowledge independent of conscious attempts to learn.

“There is evidence that competition exists between the brain’s frontal lobe, which processes explicit conscious control of behavior, and the subcortical areas, where learning is more implicit or automatic,” says the study’s lead author, Chelsea Stillman, a PhD candidate in Georgetown College’s psychology department.

For the study, the researchers gauged the mindfulness levels of college-aged young adults and then had them complete one of two tasks measuring implicit learning.

“What we found was surprising in that it was counterintuitive,” Stillman says. “Those who scored lower on the mindfulness scale actually tended to learn more.”

The authors suggest that people who deliberate less are better at implicit learning because they have a wider span of attention and focus on a wider variety of stimuli. In turn, this makes them more likely to capture relevant associations in complex tasks.

They conducted a second set of studies on 18 older adults and found the same pattern.

But they also found several positive correlations between mindfulness and previously investigated cognitive and psychological health outcomes, “supporting the idea of a tradeoff in benefit,” Stillman says.

“Chelsea’s findings are consistent with previous research suggesting that neural systems supporting explicit cognitive functions may compete with those supporting implicit ones,” says Howard. “They do not suggest that people should stop practicing mindfulness or meditation.”

She adds that much more research is needed, not only to further replicate the findings, but to understand their implications.