Survival On the Seventh Continent

JAN 29, 2017–How do you research how life might survive on Mars without actually going to Mars? It turns out that you go to Antarctica.

“The McMurdo Dry Valleys in Antarctica are the closest terrestrial analogue we have to what’s happening on other planets,” said David Goerlitz, MS, Director of Operations for the Genomics and Epigenomics Shared Resource at GUMC. “It can inform our life detection strategies for other worlds.”

Goerlitz is part of a Georgetown University research team (new window) that traveled to McMurdo Station, a research center in Antarctica operated by the National Science Foundation, this December to use next-generation DNA sequencing to test theories of long-term cell survival in microbes that have somehow survived for thousands of years in one of the world’s most hostile environments. They were the first to bring DNA sequencing to the seventh continent.

But before the team could collect their samples, they had to get there.

Uncertainty on the Ice

“Antarctica equals uncertainty,” said Goerlitz. “Everything is dependent on the weather.” 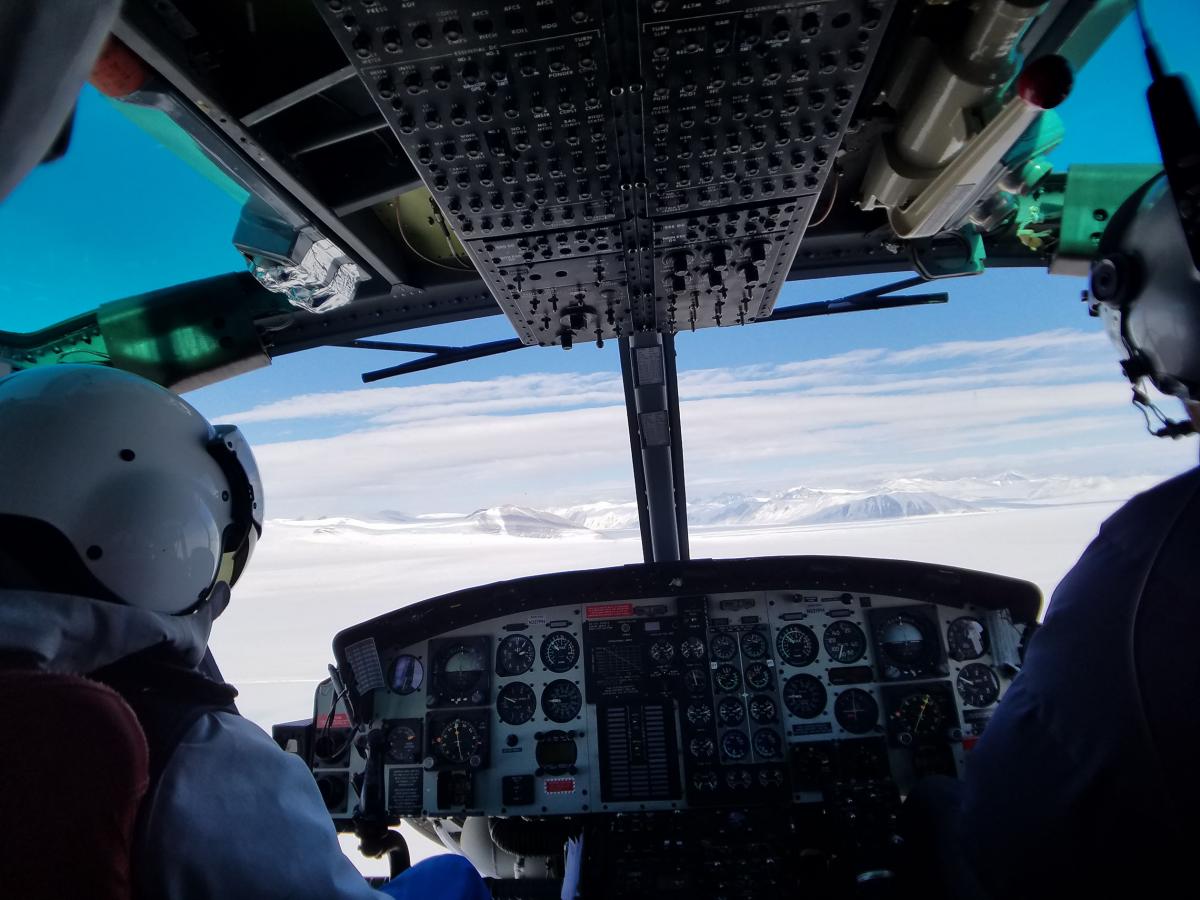 From where the team was based at McMurdo Station, they had to travel by helicopter to the McMurdo Dry Valleys. The first two helicopter trips were canceled due to weather. On the third try, the team of five was dropped off with their gear and three survival packs, each stocked with enough supplies to keep two people alive for three days.

“If a sudden weather system were to come in and the helicopter was unable to come back to get us, we would need to be able to wait it out,” said Goerlitz

“You’re Not Dead Until You’re Warm And Dead”

Goerlitz and the team underwent three days of extensive survival training before they were allowed off McMurdo Station.

“One of the things we learned from our survival instructors is the adage ”you’re not dead until you’re warm and dead,” said Goerlitz. “Meaning, if something happens and a team member is unresponsive, when a body is exceptionally cold it can appear lifeless as respiration and brain activity is so slow, but they can still be warmed up and revived.”

This is the same concept that was driving the team’s hypothesis about the microbes they were in Antarctica to study.

“Sticking it Out” For Thousands of Years

The McMurdo Dry Valleys are home to many frozen lakes and ponds that result from glacial melt.

“They are extremely cold, extremely dry environments and the lakes are mostly frozen year-round and they’re incredibly salty,” said Goerlitz. “But despite all of that, there are ecosystems of microbial extremophiles that have evolved and adapted to 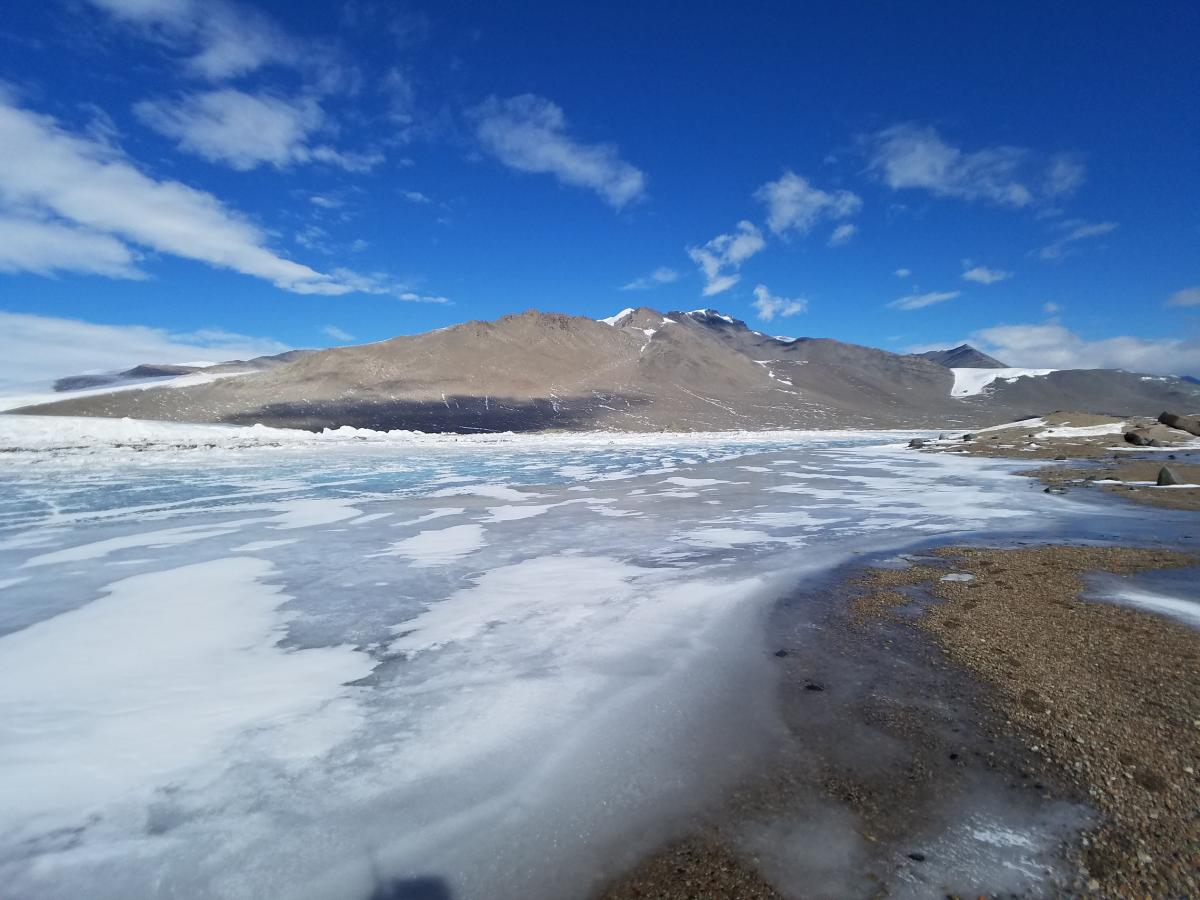 survive in these environments.”

The theory is that microbes have adapted to the cycles of freezing and thawing, and dehydration and rehydration, as lake levels fluctuate over thousands of years.

“In 2002, a research team uncovered 2,800 year-old microbes preserved in the ice,” said Goerlitz. “They exposed them to liquid water in the lab and they reanimated.”

Apparently, “you’re not dead until you’re warm and dead” applies to both humans and microbes in Antarctica.

DNA Sequencing on the Seventh Continent

Goerlitz and the team went to Antarctica to find out how long can microbes can remain frozen and alive, a question they plan to answer with DNA sequencing. they were the first research team to bring “next generation sequencing” to Antarctica. 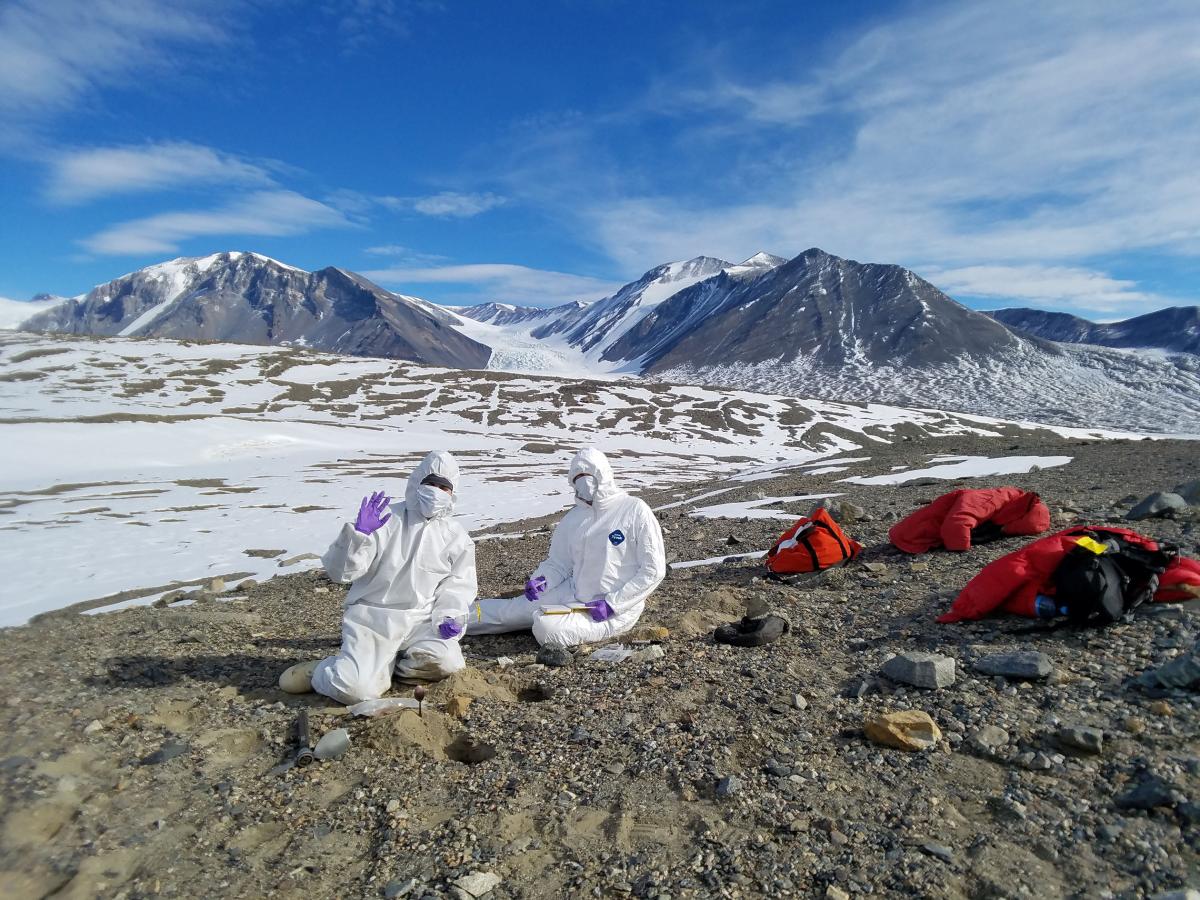 “If the ancient cells we collect are dead, then their DNA would have been exposed to the elements and would be highly fragmented,” said Goerlitz. “But if they are alive, their DNA would be tucked safely away in a hibernating cell.”

The longest DNA sequence collected from a dead cell was 1,000 base pairs long. The team’s preliminary data demonstrates that they have sequenced DNA over 68,000 base pairs long from 10,000 year-old microbial samples, meaning the DNA certainly came from viable cells.

“If these microbes can survive here, then it really stretches our understanding of what is a habitable environment,” said Goerlitz.