(May 19, 2019) — Hosted by the Office of Diversity and Inclusion at the School of Medicine, the annual Awards Banquet recognizes the achievements of an exceptional group of students who had to overcome significant challenges on their way to medical school.

“Our students show a level of resilience, perseverance, intellectual curiosity and motivation to pursue a career in medicine,” said David L. Taylor, MEd, director of GEMS and senior associate dean for student learning at the School of Medicine.

“We help them develop in a way that not only allows them to do well with the academic rigor of medical education, but also allows them to engage valued, vulnerable patients whose circumstances are extremely sensitive.”

Since its founding in 1977, the GEMS program has served as an effective leveler for hundreds of students from underrepresented and disadvantaged backgrounds, preparing them for careers in medicine and an array of allied health professions.

Demonstrating the perseverance that characterizes GEMS alumni, L. Tamara Wilson (M’21) held fast to her dream of becoming a doctor despite graduating from Duke University in 2004 with a GPA lower than needed for medical school and little insight into the admissions process.

Before starting the GEMS program in 2016, Wilson worked as an EMT, studied public health at George Washington University and advocated for underrepresented communities on the City of Alexandria Public Health Advisory Commission.

Like Wilson, successful GEMS students need to be aware of their own shortcomings and how the program can help them achieve their goals beyond getting into medical school, Taylor said.

“We want students who recognize that they need specific interventions, and who demonstrate areas of development that align with the spirit of our program.”

After completing GEMS in 2017, Wilson was accepted at Georgetown for medical school. Only in her second year, Wilson received the 2019 Dean’s Award from Stephen Ray Mitchell, MD, MBA, at the dinner for her academic success. Wilson thanked Taylor for his “support and unwavering belief” in her.

‘GEMS Has Become My Family’

A first generation Filipino American, Francis Navarra (M’21) was born in Los Angeles, then spent the first five years of his life being raised by his grandparents in the Philippines.

Seeing his family struggle to make ends meet inspired Navarra to become the first person in his family to pursue and obtain a college degree. He participated in the GEMS program before becoming a student at the School of Medicine.

“For underserved and minority students to get into medical school, sometimes you only need one chance, and that’s all it takes to change your future,” Navarra said.

At the banquet, Navarra received the Gregory Threatte, MD, Award, the recipient of which is selected by first- and second-year medical students, as well as GEMS students, for being the most supportive and inspiring classmate.

“Without the guidance of everyone here who helped cultivate my growth, I wouldn’t be standing here today,” Navarra said while accepting the award. “GEMS has become my family.”

The Heinz Bauer, MD, PhD, Humanitarian Award, named for one of the founders of GEMS, was awarded to Nazifa Rahman (M’19) for embodying the principles of integrity, leadership, scholarship and humanism for which Bauer was known.

In addition, Mitchell cited her bedside manner, professionalism and commitment to the School of Medicine community.

“I still remember that defining moment over four years ago when Dean Mitchell called me to congratulate me on my acceptance into Georgetown for medical school,” Rahman said.

She will soon begin a residency program in pediatrics at the Icahn School of Medicine at Mount Sinai in New York City, the same hospital in which she was born.

“What you have been hearing tonight are moments,” Taylor said during the evening’s closing remarks. “You’ve heard moments of joy, moments of challenge, moments of exasperation and moments of perseverance.”

“And ultimately, you’ve heard moments of victory. That’s what GEMS is all about.” 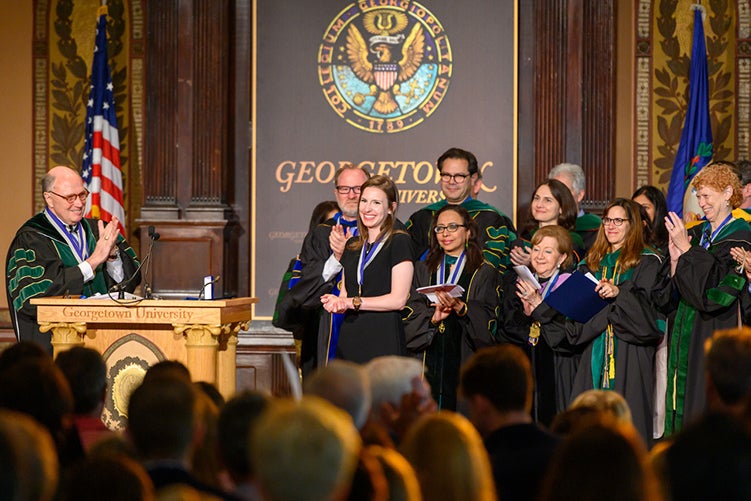 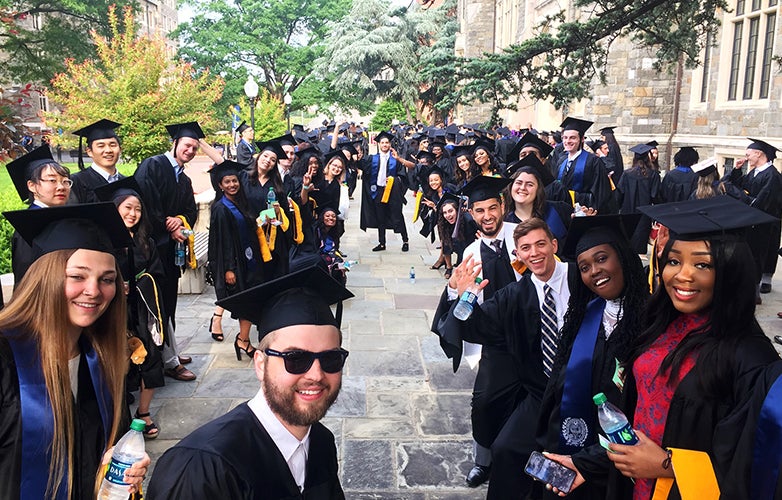 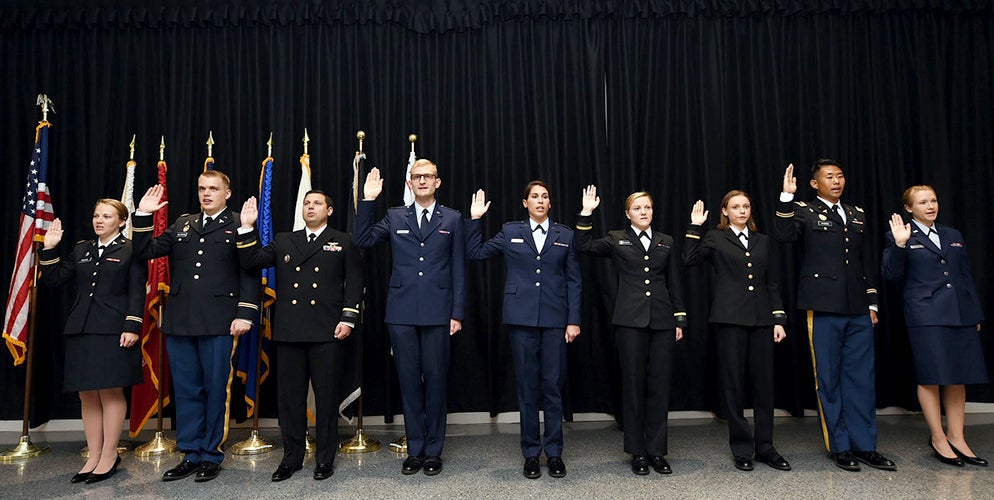 Following a Tradition of Dedication and Service to the U.S. Military 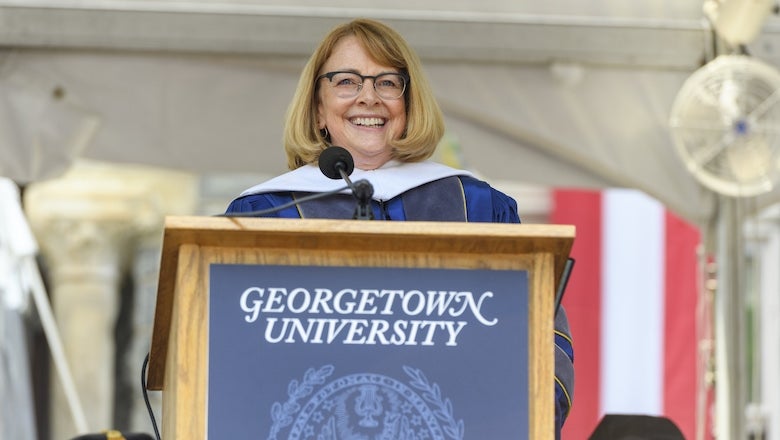