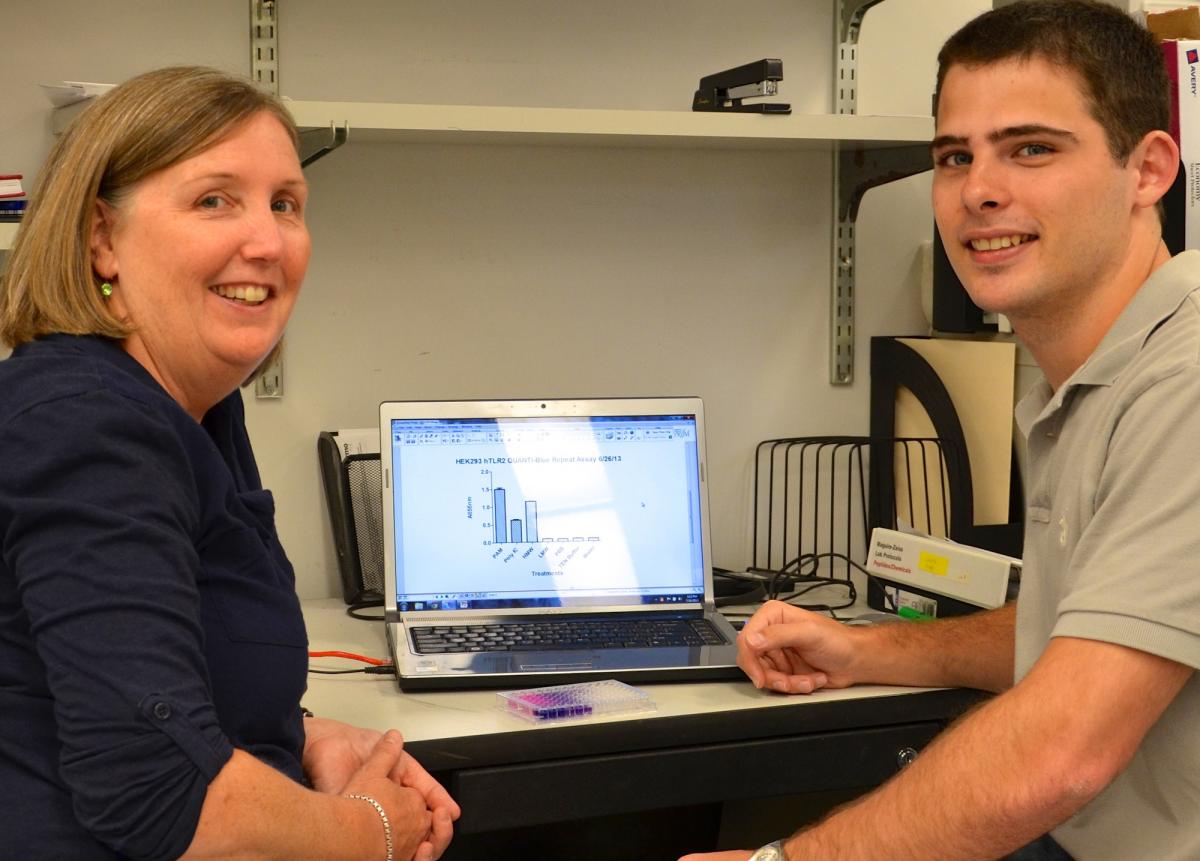 Connor Davenport is only a senior at Georgetown University but already the Parkinson’s Disease Foundation has an eye on him. The organization hopes to encourage Davenport to join the ranks of academic and industry researchers studying the causes and potential treatments for the disease. To cultivate his interest in the field, the Foundation has provided him with a summer student fellowship.

The summer fellowships are typically offered for 10 weeks of clinical or laboratory work supervised by an expert in the field with an award of $4,000 to support their research.

Kathleen Maguire-Zeiss, PhD, associate professor of neuroscience at Georgetown University Medical Center, is mentoring Davenport, who begins his senior year this fall studying biology. He says he first learned of Maguire-Zeiss’ work prior to coming to Georgetown, as both are from Rochester, N.Y.

“Parkinson’s symptoms are linked to an endogenous protein called alpha-synuclein that has a propensity to misfold,” he explains. “In that form, the protein is toxic and thought to cause inflammation in the brain. The goal of my project is to identify the specific inflammatory pathways involved when that occurs.”

Davenport says that while the work is fulfilling for him personally, he also recognizes the impact Parkinson’s research can have.

“Forming and investigating novel theories is what makes lab work truly exciting for me, because I have the opportunity to make biological discoveries that could positively impact the lives of people with Parkinson’s.”

And to that end, Davenport says, “Dr. Maguire-Zeiss has been a phenomenal mentor.”