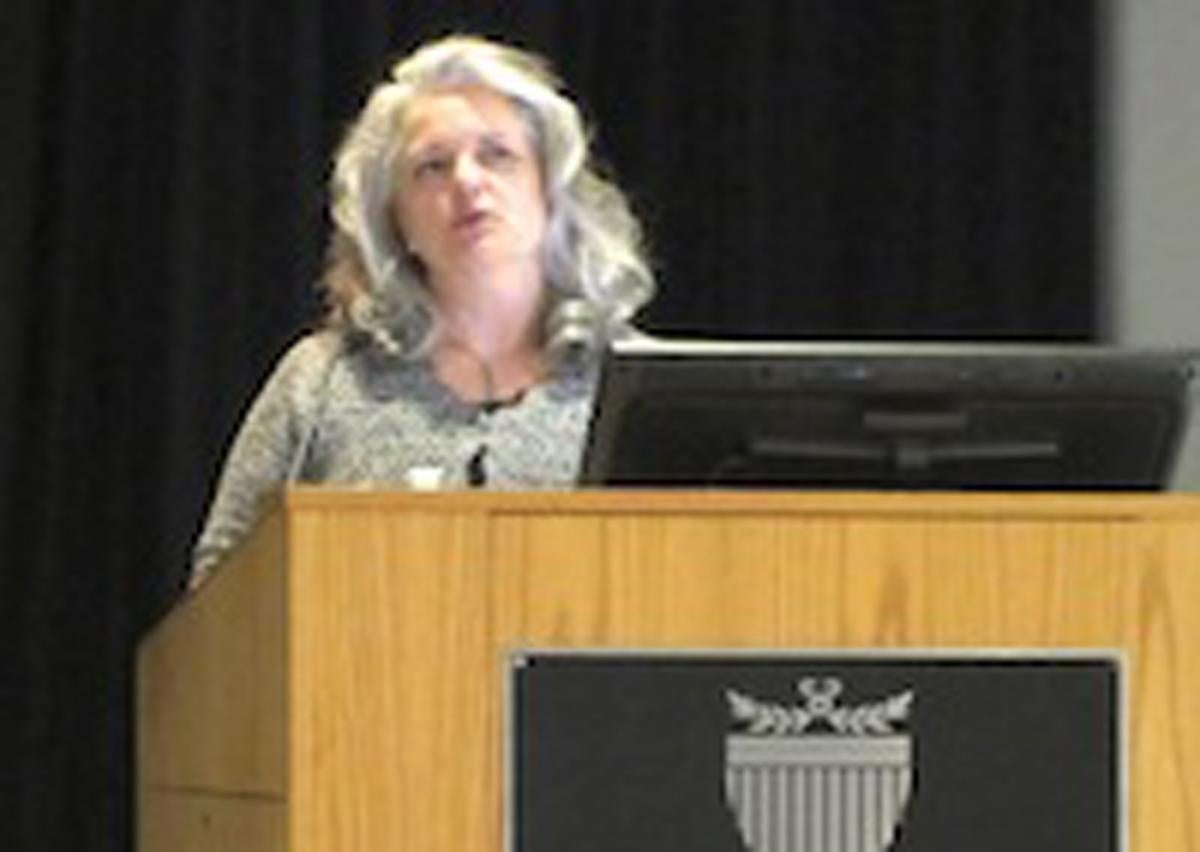 Ella Pritchard Curry, PhD, RN, ACRN, who has been a nurse for 22 years in the hospital’s Division of Infectious Diseases and Travel Medicine, presented Sept. 19, discussing, “First Impressions: A Retrospective Look at Learnings from the Early AIDS Pandemic Through Oral Histories of Nurses.”

Curry noted that in 2006 – during the 25th anniversary of the first reported cases of AIDS – nurses were absent, voiceless, and invisible in two major documentaries and chronologies of the first 25 years.

From that realization emerged her desire to preserve, through oral history research, the contribution nurses had made in AIDS care.
“As members of the largest workforce in the delivery of health care, nurses must record and preserve their histories,” said Curry. “The valuable lessons learned by nurses in AIDS care over the past 25 years must not be lost.”

Curry’s research consisted of a literature review of books, articles, films, poster art, poetry, and political cartoons from 1981 until 1987 and taped interviews with nine AIDS care nurses – five women and four men – who worked with patients during the pretreatment years and who went on to found the Association of Nurses in AIDS Care in 1987.

Her research yielded 17.5 hours of digital recording and over 400 pages of transcripts.

Curry began the lecture sharing the early experiences AIDS care nurses had with patients, describing the fear and lack of knowledge that filled health care facilities back then.

“Nobody could really figure out what was going on,” Curry said as she quoted from excerpts. “It was a time when new graduates and experienced nurses alike not only were afraid to go to work, but also were afraid to do their work.” Some of the nurse narrators described colleagues who were, “…paralyzed by their own fear.”

“Through multiple re-readings of the interviews, it was striking to discover how many times the nurses used the words, ‘pride, privilege, and honor,’ to describe aspects of their work, their experiences, their regard for the profession,” said Curry. “It may in fact be that pride, privilege, and honor were foundational to the overall narratives shared by these nine nurses.”

Before concluding her lecture, Curry acknowledged the nurses in the audience who have and currently provide care for persons with AIDS.

“We never did the work alone; we always did this work together,” she said.

She then asked that, in the spirit of solidarity, everyone join in a reading honoring persons living with AIDS – written in 1987 by Janice Bell Meisenhelder, DNSc, RN, and entitled, “Dedication: To Those Who Have Suffered.” Curry asserted that the reading still captures the gratitude that she and so many nurses in AIDS care feel about the privilege of working with this patient population.

Curry presented her research as a delegate to the XIX International AIDS Conference in July 2012 and will present in November at the 25th anniversary conference of the Association of Nurses in AIDS Care in Tucson, Ariz. She is a founding member of the organization’s Greater Washington Chapter.

The lecture was a co-sponsored by the Department of Nursing at the School of Nursing & Health Studies, Association of Nurses in AIDS Care – Greater Washington Chapter, Sigma Theta Tau International – Tau Chapter, and the Georgetown chapter of the National Student Nurses’ Association.