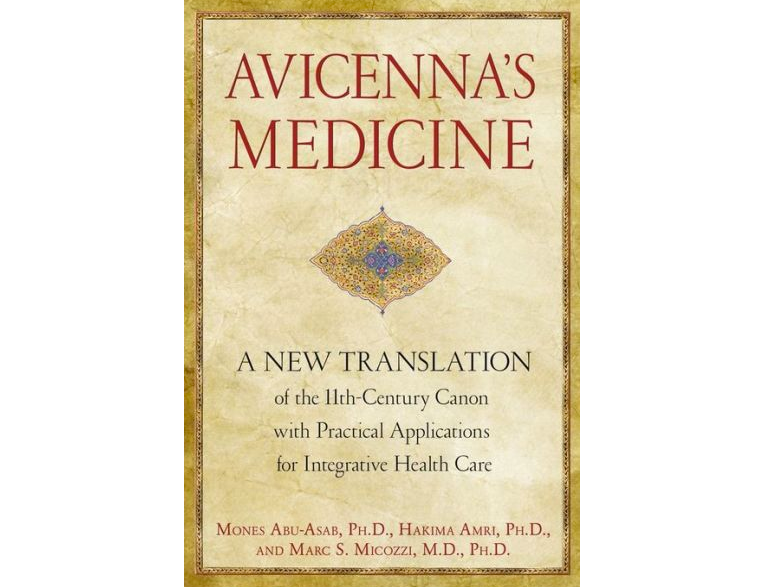 Physicians searching for state-of-the-art treatments for their patients reach for their smart phones, tablets and computers to search databases of recent clinical trials and evidence-based medicine. Their patients do the same, often arriving at their doctor’s offices with news stories about a novel or targeted drug.

Hakima Amri, PhD, thinks both groups should also consider turning to an encyclopedia of medicine penned in 1025 AD.

Amri, associate professor in the department of biochemistry, cellular and molecular biology at Georgetown University Medical Center, became, over time, so impressed by the knowledge imparted by the Canon of Medicine that she read the encyclopedia in its original Arabic.

And then, Amri, collaborating with two academic colleagues — Marc Micozzi, MD, PhD, an adjunct professor of pharmacology and physiology at GUMC, and Mones Abu-Asab, PhD, a scientist at the National Eye Institute at the National Institutes of Health — translated the first volume of the Canon into English and provided a narrative and commentaries as to how this work of wisdom provides a model for the “practice of truly individualized medicine.”

Other available translations were not carried out directly from the original Arabic text, deviated from that text, and contain inaccuracies. Additionally, they didn’t explain concepts such as the body’s four “humors” and “temperaments” into modern-day medical terminology, says Amri.

For example, humors refer to biomolecules such as proteins, lipids, organic acids and other macromolecules, and temperaments often refer to energy production and hydration balance in cells and tissues— concepts known today as homeostasis and allostasis, says Amri.

Given that understanding, she says “as scientists, we are finding the biomedical knowledge of today is proving the insights into health and disease detailed in the Canon.”

Their 462-page book, Avicenna’s Medicine — A New translation of the 11th-Century Canon with Practical Applications for Integrative Health Care — was published in July and is available on Amazon and other online and brick-and-mortar bookshops.

While it is intended for a medical audience, Avicenna’s Medicine is accessible to anyone who is interested in a holistic approach to health, Amri says.

“Above all, this model of integrated, individualized medicine is both a way of thinking and a framework of practice — an art of clinical relationship between the patient and the physician that has been lost and is desperately needed today.”

Amri became increasingly interested in the Canon of Medicine as she co-founded a master’s degree program in Complementary and Alternative Medicine (CAM) at GUMC, which began a decade ago. The first program of its kind in the nation, it is designed to train students to objectively assess the safety and efficacy of various CAM therapies, such as acupuncture, massage, herbs and supplements, and mind-body interactions. It introduced scientific rigor and evidence-based research to the use of CAM.

In her own research, Amri, the director of the CAM program, uses animal models and human subjects to investigate the effects and molecular mechanisms of herbal products on prostate cancer and the effects of acupuncture and mind-body medicine on reducing stress.

The master’s program covers traditional medical systems such as traditional Chinese medicine, ayurveda, naturopathy, and Greco-Arabic-Islamic medicine, which is also known as Unani medicine. The Canon of Medicine, written by the Persian scholar ibn Sīnā (Latinized as Avicenna), is the definitive work of Unani medicine, which is based on the teachings of the Greek physician Hippocrates and the Roman physician Galen but was further developed into a systems approach to health by Arab and Persian physicians. Unani medicine is an integral part of the healthcare system of India and Pakistan.

The Canon set the stage for Western medicine, says Amri. “Avicenna’s medical writings aimed to rid medicine of superstition and base it on empirical observation, objectivity and rationalism,” she says. “Unani medicine, as described by Avicenna, is a true systems biology paradigm.”

For example, Avicenna established the six essential requirements for health as fresh clean air, food and drink, movement and rest, sleep and wakefulness, eating and exercise, and healthy mental state; he also declared that health parameters should be considered according to race, gender, age, and geographical adaptation. “This is what physicians today talk about for disease prevention and personalized medicine— these concepts were overlooked at times after the Canon was published,” Amri says.

The Unani concept of disease “signifies the strength and sophistication of this approach, which is also important for modern medicine,” she says. The disease concept centers on the health status of energy production within the organs as measured by temperaments. Thus, disease begins in Unani when normal energy is disrupted — a state known as dystemperament.

“One of modern biomedicine’s latest conclusions — that cellular energy, as generated by the mitochondria, is a main key to the proper functioning of tissues and the health of the organism­ — can also be seen as a major theme throughout Avicenna’s Canon, when properly translated and understood,” Amri says.

“Today, we are thinking of cancer as an energy-based problem, at its roots, and it has taken centuries to come to the same conclusion reached in the Canon,” she says.

Heart disease, the other great killer of people, was viewed by Avicenna as an issue of the quality of “humors” in the blood. “This is a lesson for us. Today, we only measure quantity of molecules such as LDL and cholesterol, a lipid that is essential to health, but not the quality of those molecules.”

“High cholesterol does not lead to heart disease in everyone — understanding the quality of these lipids may help explain why. Unani medicine always sought to maintain health, find the cause of disease, and tailor an individualized treatment based on the symptoms,” Amri says.

Amri, who was born and raised in Algeria, dedicates the book, broadly, to “the continuum of people who have kept alive the quest for knowledge over thousands of years,” and specifically to her father, Mohamed Salah, and her mother, Warda.

She is proud of the rich cultural legacy of Algeria and other Arab countries, which Amri says were “the cradle of civilization,” setting up the conditions that allowed Avicenna to meld together the thoughts of Egyptian, Greek, Roman, Arab, and Islamic thinkers into the first rational approach to medicine. “The Canon contributed to the renaissance in sciences in Europe — there are even statues and portraits of Avicenna across Europe (France, Italy, Spain, and Germany) countries that established the model for academic medicine and research.”

Thinking about the book, collaborating with her co-authors to translate the Canon and provide perspective, and finding and working with a publisher took more than five years.

“I wanted the translation to be as accurate as possible, word by word,” she says. “It was a labor of love — for my own heritage and for the world of medicine.”