Christine Sapienza, who succumbed to colon cancer in 2009, was Chris4Life President 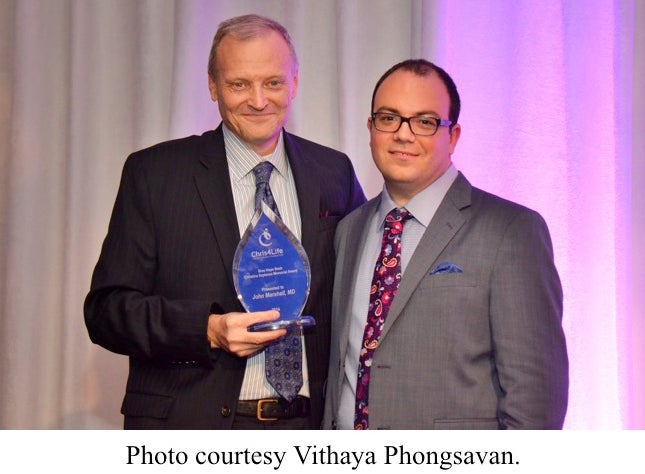 and Founder Michael Sapienza’s mother. She was treated by Marshall.

The award honors Marshall, who has been a champion for the organization since its founding, “for being at the forefront of treatment, advocacy, and awareness for Chris4Life and the colorectal cancer movement.”

In a video (new window) presented at the Blue Hope Bash, Marshall says he became a GI oncologist because he realized “that what I really wanted to do with my career is find new medicines and new approaches, and there was no place with greater need than GI cancers.”

Marshall has long been public about his mission to emulate the breast cancer advocacy community in its ability to garner awareness, funding and resources–and to galvanize the GI cancer community in a similar manner. He lauded Chris4Life for its ability to “merge us into a cohesive group that has the best shot of changing the landscape for patients with colorectal cancer.”