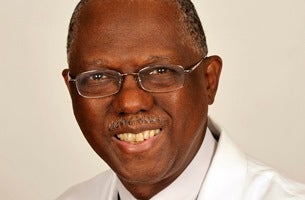 Earl H. Harley Jr., M.D., F.A.C.S., F.A.A.P., associate professor in the department of otolaryngology at Georgetown University Medical Center, has been presented the prestigious Sylvan E. Stool Award from the Society for Ear, Nose and Throat Advances in Children (SENTAC). Harley, a nationally known pediatric otolaryngologist, was honored for outstanding lifetime contributions and service in the field of ear, nose and throat advances in children.

Harley received the award November 30 at SENTAC’s 40th annual meeting in Charleston, South Carolina. SENTAC is a non-profit interdisciplinary professional organization founded in 1973. Its members are otolaryngologists, pediatricians, surgeons, pediatric otolaryngologists, speech pathologists, audiologists, nurses and basic scientists-all of whom are interested in enhancing the care of children with acquired or congenital disorders of the ear, nose and throat.

Harley’s acceptance speech focused on his latest interest: encouraging left-handed medical students to pursue the field of surgery. “As it turns out,” he said, “very few left-handed students go into surgery. I am hoping to help develop special provisions or training for left-handed students so that they are not deterred from surgery and procedural specialties.”

By Frank Reider, School of Medicine