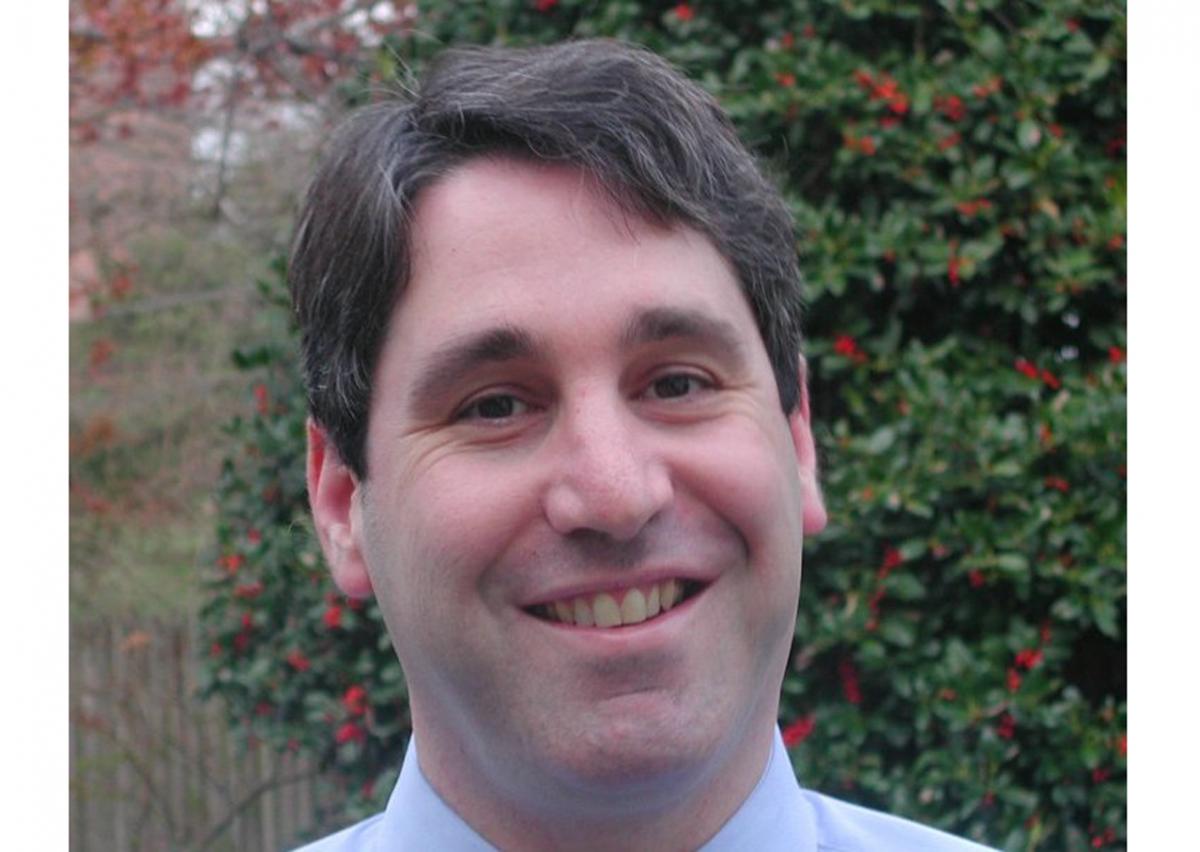 As a student at the University of New York, Stony Brook, Marc D. Schwartz, Ph.D. envisioned a career as a psycho-therapist who occasionally dabbled in research.

“What did I know? I was a 21-year-old kid,” he recalls. “I started as a social scientist, then became interested in cancer and genetics and how to integrate behavioral science with cancer genetics.” Soon Schwartz found himself writing his dissertation on breast cancer and earning a postdoctoral fellowship at the Sloan-Kettering Institute in the then-emerging field of cancer prevention and control.

Around the time of the identification of the BRCA1 and BRCA2 gene mutations that dramatically increase risk of breast and ovarian cancer, Schwartz came to Georgetown University Medical Center. Seventeen years and many grants later, Schwartz is now a tenured professor of oncology. He has spent his career studying the risk factors for and impact of hereditary cancer and deciphering what behaviors and medical interventions minimize risks to prevent, treat or cure cancer.

“The research I do is really sort of a hybrid – some health, some epidemiology, some outcomes and some behavioral,” Schwartz says during a recent interview in his sunny corner office. “It’s quite diverse and hard to explain to my kids who have no idea what I do.” Schwartz and Kathryn Taylor, Ph.D., who is also a GUMC professor and researcher in the Cancer Prevention and Control Program, are married and the parents of two teenage boys.

At the Cutting Edge of Genetic Testing

Along with Claudine Isaacs, M.D., and education director, Beth N. Peshkin, M.S., Schwartz co-directs the Jess and Mildred Fisher Center for Familial Cancer Research at Georgetown Lombardi Comprehensive Cancer Center. The Fisher Center was established in 2006 with a $5 million gift from the Robert M. Fisher Memorial Foundation with the goal of understanding the basis of genetic predisposition to cancer. Schwartz is also co-director of Georgetown Lombardi’s Cancer Prevention and Control Program, which overlaps synergistically with the Fisher Center. In addition to being the principal investigator of several innovative federally funded studies related to hereditary cancer, he is involved in teaching graduate students, and is a dedicated mentor to rising junior faculty.

Schwartz and his colleagues have helped establish Georgetown as one of a handful of cutting-edge research centers in cancer genetics. Specifically, Schwartz and his team have developed and evaluated state of the art genetic counseling techniques that proactively help patients to make informed decisions about genetic testing and individualized medical management.

“The best example is that several years ago we began routinely offering genetic testing to women with newly diagnosed with breast cancer. Offered at the time of diagnosis, it can guide [surgical] decision making,” Schwartz says. “We were among the first groups to do that.” And now, offering genetic testing to this group of patients is often a routine part of clinical care, as women who have a BRCA mutation may opt for bilateral mastectomies at the time of diagnosis to treat and prevent breast cancer.

Another groundbreaking clinical trial at Georgetown’s Fisher Center is a telephone-based genetic counseling and testing study, the largest of its kind ever performed. Schwartz found that not only does telephone counseling result in similar favorable outcomes compared to in-person counseling, but it is also cost effective. Board-certified genetics counselors conduct the sessions and send out educational materials before each session. Schwartz says the next step may be clinical trials on internet-based counseling and testing. Telephone genetic counseling can expand the reach of these services to individuals who do not have easy access to genetic counseling professionals, such as those living in rural areas.

Through clinical and research programs supported by the Fisher Center, many options are available for patients to learn more about cancer risk and optimal ways of cancer screening and risk reduction. Schwartz and his colleagues at the Fisher Center are working to understand who benefits most from genetic testing, how to counsel patients and their families before and after testing takes place, and what interventions are most effective in reducing cancer risk. As technology evolves, genetic testing is moving away from single gene testing to the analysis of several genes at once or analysis of individual’s entire genome. Schwartz and the Fisher Center team are poised to explore novel research approaches to assess this shift in practice, and patients are already being presented with these expanded options for testing.

Given the rapid pace of genomic discoveries, the Fisher Center’s mission is also strongly focused on offering educational programs for the public, health care providers and clinical researchers, as well as specialized training for genetic counselors in the form of internships and fellowships.

Before deciding to go ahead with genetic testing, patients receive one to two hours of counseling on their risk of testing positive for a gene mutation and the pros and cons of testing. They also discuss information about potential medical decisions that lay ahead and how genetic testing can guide management of cancer risks. If a patient chooses to be tested, additional genetic counseling follows the receipt of the test results.

Issues explored in counseling might include: Should screening be increased? What about risk reducing surgeries? Oophorectomy (removal of the ovaries) reduces the risk of ovarian cancer by 90 percent and can also reduce breast cancer risk if performed before menopause. Risk reducing mastectomy (removal of the breasts) cuts breast cancer by more than 90 percent. Counseling also focuses on how to communicate about genetic testing with other family members including adolescent children.

After patients go through comprehensive genetic counseling, the decision about whether and when to proceed with risk reducing surgeries is difficult for some women with BRCA mutations. Schwartz and his team are developing web and print-based decision tools for patients to use after genetic counseling to help them make decisions consistent with their values and preferences.

“Based on our research, we have directly influenced health policy and developed an intervention to impact public health by guiding patients to make right decisions,” he says. “In clinical trials we have broadened it to the next step of telephone counseling in order to make genetic testing more accessible and cost effective so that it can be made available to all those who might benefit from it.”