July 26, 2017 – At the 40th anniversary celebration for the Georgetown Experimental Medical Studies (new window) (GEMS) program, more than 230 attendees honored those who created the program and the people who continue to contribute to its success.

The black-tie gala also recognized alumni of the program, a one-year post-baccalaureate program for disadvantaged minority students interested in applying to medical school. At the same time, several alumni credited GEMS for opening the door to their medical careers.

Without the GEMS program, “there would not be a medical career. It made my career,” said Kimberly Henderson, MD (C’91, L’95, M’00), at the July 20 event at the Fairmont Hotel in Washington, DC. She is now a regional medical director for CVS Minute Clinic in New York City.

A total of 767 students graduated from the GEMS program between 1977 and 2017. About 72 percent have completed their medical degrees, or are currently enrolled in medical school. The remaining alumni are in other health-related careers.

One prominent GEMS alumnus was recognized at the gala. Fernando Pagan (M’96), MD, medical director of the translational neurotherapeutics program at GUMC and director of the movement disorders clinic at MedStar Georgetown University Hospital, was awarded the GEMS Physician Alumni Leadership and Innovation in Medicine Award. Part of the GEMS class of 1992, Pagan now treats patients with Parkinson’s disease and other movement disorders, and conducts research on medical interventions to either slow the progression of disease or to treat the many symptoms caused by neurologic diseases.

In addition to Henderson, Wendy Diaz-Huarcaya, GEMS class of 2017, credited the program for giving her a chance to fulfill her dream of becoming a doctor. She learned about GEMS after her applications to 25 medical schools weren’t accepted. “GEMS is a place of self-improvement,” she said. “It is a family away from home.”

David Taylor, M.Ed., associate dean for student learning at the School of Medicine and GEMS program director, reinforced the idea that everyone who contributes to GEMS becomes part of its family, especially the alumni.

“As a family, we take it very seriously that we care for one another,” Taylor said. That attitude is shared by everyone from study session leaders like Christopher Kaingo, MD, to Antonio Celey, who runs the market and coffee shop in the Pre-Clinical Science Building, and who were both in attendance.

“That’s what makes us so special,” Taylor said. “Everyone is rooting for that GEMS student’s success.”

Two new clinical lectureships were announced during the event to honor the legacies of Arthur Hamilton Hoyte, MD, and Dean Emeritus Joy Phinizy Williams, the long-time leaders of the GEMS program. 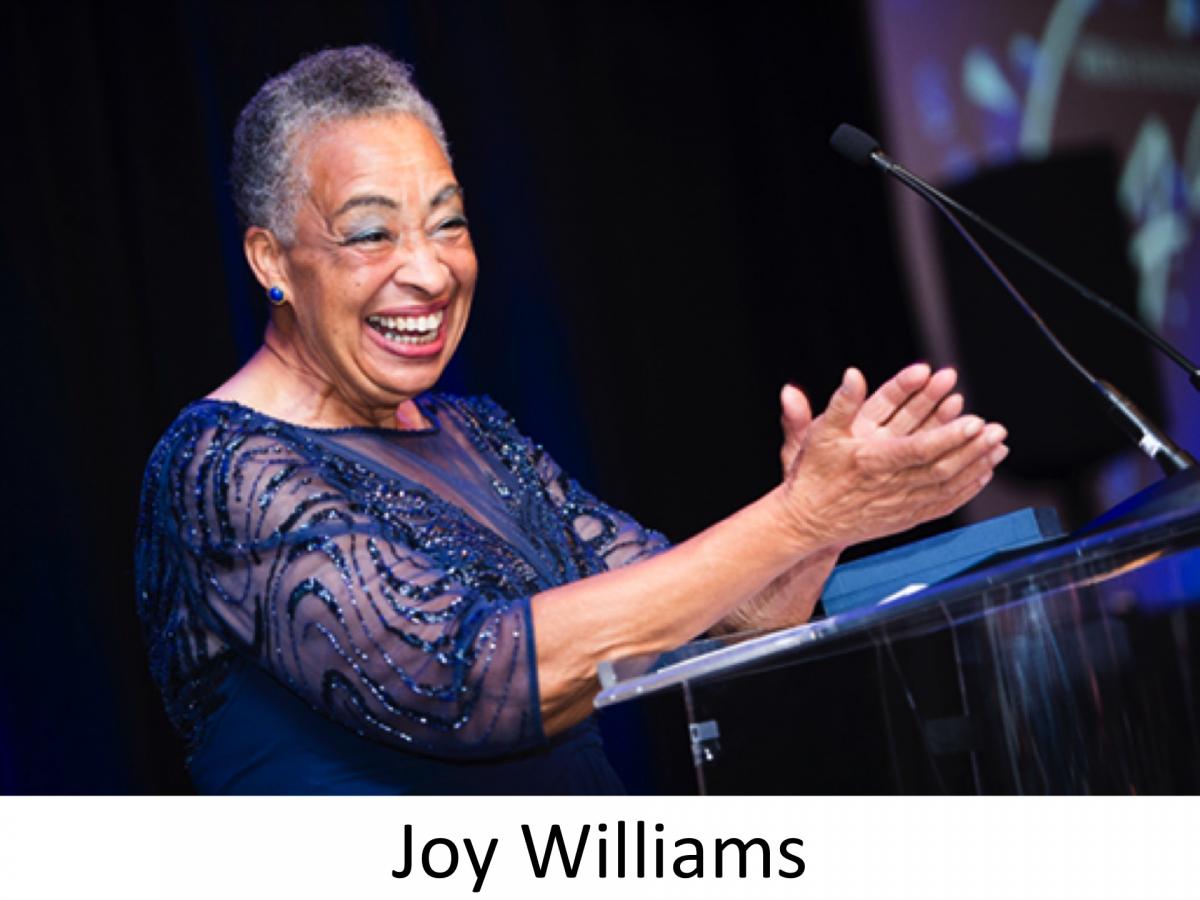 Georgetown University School of Medicine department of community and family medicine in 1973. He founded GEMS in 1977 with Heinz Bauer, MD.

While Hoyte could not attend the event, he sent his thanks in a letter read to the attendees, noting “the ongoing disparities that have existed for decades are the reason GEMS still exists.”

Williams joined the program soon after its founding, and was a valued mentor for 35 years. She was “measured, patient, supportive and kind with a great sense of humor,” GEMS alumna Tiffany Pittman told attendees.

Williams served as the GEMS program director and senior associate dean for students and special programs before retiring in 2014. In addition to her work at Georgetown, she also participated in many mentoring programs for high school and undergraduate students interested in health careers.

“It was an honor to have worked with GEMS students,” Williams said.