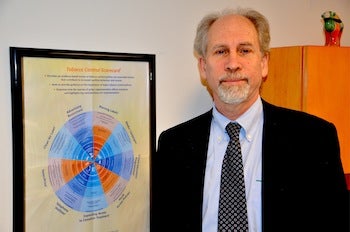 Along with a national team of researchers, Levy is senior author on a new study that has found tobacco control measures initiated 50 years ago with the 1964 Surgeon General’s report that linked, for the first time, smoking and disease, have had a dramatic effect. In the January 8 issue of the Journal of the American Medical Association (JAMA), he and his research team estimated these public health measures added an average of nearly 20 years of life to 8 million individuals in the U.S.

“The [Surgeon General’s] report and subsequent tobacco control efforts represent the most successful public health campaign in modern history, in terms of benefit to the entire population,” says Levy. “In 1964, more than 40 percent of Americans adults smoked, and now, 50 years later, less than 20 percent use cigarettes.”

Howard J. Federoff, MD, PhD, executive vice president for health sciences at GUMC and executive dean of its School of Medicine, underscores the importance of the Surgeon General’s report for human health.

“It illustrated through epidemiology the linkages between smoking and disease and provided a compelling rationale for behavioral change,” says Federoff. 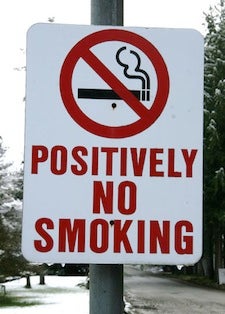 The story of John Hilburn of San Antonio, Texas, is a human face behind the JAMA results, Levy says.

Hilburn gave up his two-pack-a-day, 20-year habit 30 years ago due to two factors — the Surgeon General’s warning on his cigarette pack, and an increase in the cost of cigarettes. “I thought smoking might be unhealthy, but when I read the warning, I knew it was. I just decided I didn’t want to pay $1 a pack to ruin my health,” Hilburn says. He threw his carton of cigarettes away, and hasn’t smoked since.

“I’m 67 years old and I attribute the health I have to giving up cigarettes,” he says.

A taxi driver, Hilburn will not allow any smoking in his cab. He states, flatly, “no one will ever light up a cigarette around me. Every smoker needs to quit.”

‘We Can Do Better’

The group of researchers conducting the study is part of the Cancer Intervention and Surveillance Modeling Network, or CISNET, which uses statistical modeling to improve understanding of cancer control interventions.

The lead investigator of the study is Theodore Holford, PhD, of the Yale School of Public Health. Researchers from the University of Michigan and Fred Hutchinson Cancer Research Center also participated.

The researchers examined smoking patterns up through 1964 and then modeled mortality rates based on what would likely have happened in the absence of tobacco control measures. They then compared actual death rates.

While the JAMA study did not isolate the impact of specific tobacco control measures, such as higher taxes, Levy has done much of that work for a spate of countries and individual U.S. states.

He says Hilburn’s experience exemplifies his findings. “Higher taxes on cigarettes have had the most impact on cessation, and smoke-free air laws — prohibiting smoking indoors — have also been very effective.”

But Levy also says that the U.S. has a long way to go. Over the past 50 years, 17.6 million deaths in the United States were related to smoking, he says. “Of these deaths, 6.6 million occurred in individuals below the age of 65, implying a large productivity loss due to illness and death during the working ages.”

“While tobacco control has been a significant public health achievement, smoking continues to be the leading contributor to the nation’s death toll,” Levy says. “We can do better.”

As an example, Levy points to Brazil. In a study published November 2012 in PLOS Medicine, Levy found that Brazil reduced its smoking rate by about 50 percent in the last 20 years. “In 1989, almost half of the adult population in Brazil smoked — more than the height of smoking seen in the U.S. Now, only two decades later, only 16 percent of Brazilians smoke — less than currently seen in our country. This progress was made in two decades.”

Further tobacco control policies in the U.S. are needed, Levy adds. “The federal Food and Drug Administration is now looking at reducing the nicotine content so that cigarettes will not be so addicting. Electronic cigarettes will also need to be regulated to encourage their use a replacement for cigarettes. And we need to continue the policies that have worked, such as increasing the price of cigarettes.”

The Next Big Public Health Challenge

Levy is now turning some of his attention to a rapidly emerging public health crisis — obesity. “Overweight and obesity is now at the level that smoking was in the U.S. 50 years ago, but obesity may pose a tougher challenge.

“Some people say obesity is as big a killer as smoking — this is being debated in the scientific literature. Regardless, obesity’s effects are on the rise and smoking effects are declining,” he says.

While a public health campaign to control obesity brings its own set of unique challenges, Levy says that ultimately some of the similar policies that worked to curb smoking could be applied to the obesity epidemic as we ll.

This study was funded through a grant from the National Cancer Institute (UO1-CA97450-02).