Experts Explore Causes and Solutions to the Opioid Epidemic

(November 20, 2018) — Recognizing that addiction is a complex problem requiring a comprehensive, multi-pronged solution, experts from the fields of medicine, ethics and public policy joined Nora Volkow, MD, director of the National Institute on Drug Abuse (NIDA), for a colloquium on the opioid epidemic.

The colloquium, titled “Addiction: Medical, Legal and Ethical Perspectives,” was held November 13 as part of the 11th Annual GUMC Convocation, where Volkow was celebrated as the 2018 recipient of the Cura Personalis Award, GUMC’s highest honor.

“Over the course of this day, today, it’s estimated that 115 people will lose their lives because of an opioid overdose,” said Edward B. Healton, MD, MPH, Georgetown’s executive vice president of health sciences and executive dean of the School of Medicine. “And despite all that is known about addiction, those who misuse drugs or use drugs are still criminalized, marginalized and stigmatized.”

“Today, we recognize that addiction is a medical disorder in the brain and this is a paradigm shift that has enabled us to study ways to prevent and treat addiction instead of simply punishing drug users,” Healton continued. “Dr. Volkow’s work has played an important role in encompassing this paradigm shift.”

“Like diabetes, cancer and heart disease, addiction is caused by a combination of behavioral, environmental and biological factors,” said Patricia Cloonan, PhD, RN, dean of Georgetown University School of Nursing & Health Studies, who moderated the colloquium. “Across the country, about 40 million people – that’s one in seven – age 12 and over have a substance problem, more than heart disease, diabetes and cancer.”

The opioid epidemic is characterized by very high rates of death among those at a relatively young age, Volkow said. “The annual rates of deaths are just increasing and increasing and increasing, and in some states, the increases have actually doubled in a period of one or two years,” she said. “And so understanding what is driving this very fast-moving epidemic is fundamental for us to address it and also to learn from it so that we prevent this from happening again.”

In the early 2000s, an increased emphasis on screening and treating patients for pain led doctors to prescribe more opioids, influenced by opioids’ effectiveness in treating pain, but also the mistaken belief that patients who took opioids were unlikely to become addicted.

While doctors initially focused on treating patients’ end-of-life pain, the focus shifted to include patients with pain from chronic conditions, said Daniel Sulmasy, MD, PhD, a professor of medicine and member of the Pellegrino Center for Clinical Bioethics at Georgetown University Medical Center.

“I think we all have to recognize that one of the primary ethical duties of a physician is actually to treat pain,” said Sulmasy, who is also the inaugural Andre Hellegers Professor of Biomedical Ethics and acting director of the Kennedy Institute of Ethics. “But when we do so, like everything else in medicine, particularly when we have pharmacologic interventions, there are no free lunches. Everything is going to have side effects, and our duty to treat pain has to be balanced with our duty not to harm our patients.”

However, doctors at the time didn’t know how to treat patients with addiction or identify those at risk for addiction. “I went into psychiatry, and even in psychiatry, where you are supposedly going to be trained because there is high comorbidity with all sorts of mental illnesses, you don’t get proper treatment of substance use disorders,” said Volkow.

In rural communities, individuals experiencing socio-economic hardships were more likely to become addicted to opioids, which Regina LaBelle, JD, saw firsthand while working for the Office of National Drug Control Policy during the Obama administration.

“We visited Appalachia all the time to look at the effects of the opioid epidemic, which was primarily driven by pill mills that were in existence in Florida at the time,” said LaBelle (L’92), a distinguished scholar and program director of the Addiction and Public Policy Initiative at the O’Neill Institute for National and Global Health Law at Georgetown Law. “They were really driving the epidemic in that part of the country. So we watched that expand over time to the rest of the country.”

“Knowing from this actually what has happened, we will build interventions that will tailor each one of our currents that allowed the epidemic to actually emerge and take hold so strongly in our country,” Volkow said.

At the O’Neill Institute, LaBelle is focused on removing barriers to evidence-based treatment for people suffering from substance use disorders. One of those barriers relates to the availability of medication-assisted treatment, including buprenorphine, which can only be dispensed by physicians who participate in opioid treatment programs accredited by the Substance Abuse and Mental Health Services Administration (SAMHSA).

“There are whole swaths of this country who don’t have doctors who are eligible to prescribe buprenorphine,” said LaBelle. “So certainly that’s an area of the addiction workforce we need to work on.”

However, Shaya quickly realized that limiting buprenorphine to patients who could see a community-based provider within 24 hours wasn’t the best practice.

“We realized the next step should be to figure out why we are limited and how we can overcome that barrier,” he said. “So now we are undertaking the training of over 100 doctors. Virtually every doctor who is in a hospital will receive training in the prescription of buprenorphine. We are expecting to expand across the system after we take the kinks out of this initial project or pilot.”

In addition to prescribing buprenorphine, Shaya started a program to give naloxone, a drug that can reverse opioid overdoses, to more people who may need it. “The first thing was to not only give naloxone to the patients who were arriving with overdoses, but to actually give naloxone to them and their families when they have recovered and they are leaving the ER,” he said. More than 3,000 lives have been saved in the city of Baltimore as a direct result of that program.

In an effort to help patients with substance use disorders earlier, Shaya also launched an evidence-based program in MedStar’s emergency rooms that provides screenings, brief interventions and referrals to treatment.

“Since the initiation of the program about two years ago, we have screened over 300,000 people, we have provided brief interventions to over 30,000 people, and we have been able to refer to treatment over 3,000,” he said. “So it gives you about 10 percent yield for the intervention, which is not trivial in an epidemic like this.”

“This is a very complex problem and it requires a very complex solution,” Shaya added. “But none of this can be done really without a very comprehensive approach with a very multidisciplinary team, all the way from clinicians to administrators to peer recovery coaches, as well as our network and support infrastructure teams who have been extremely passionate and extremely involved in a process like this for it to really happen.” 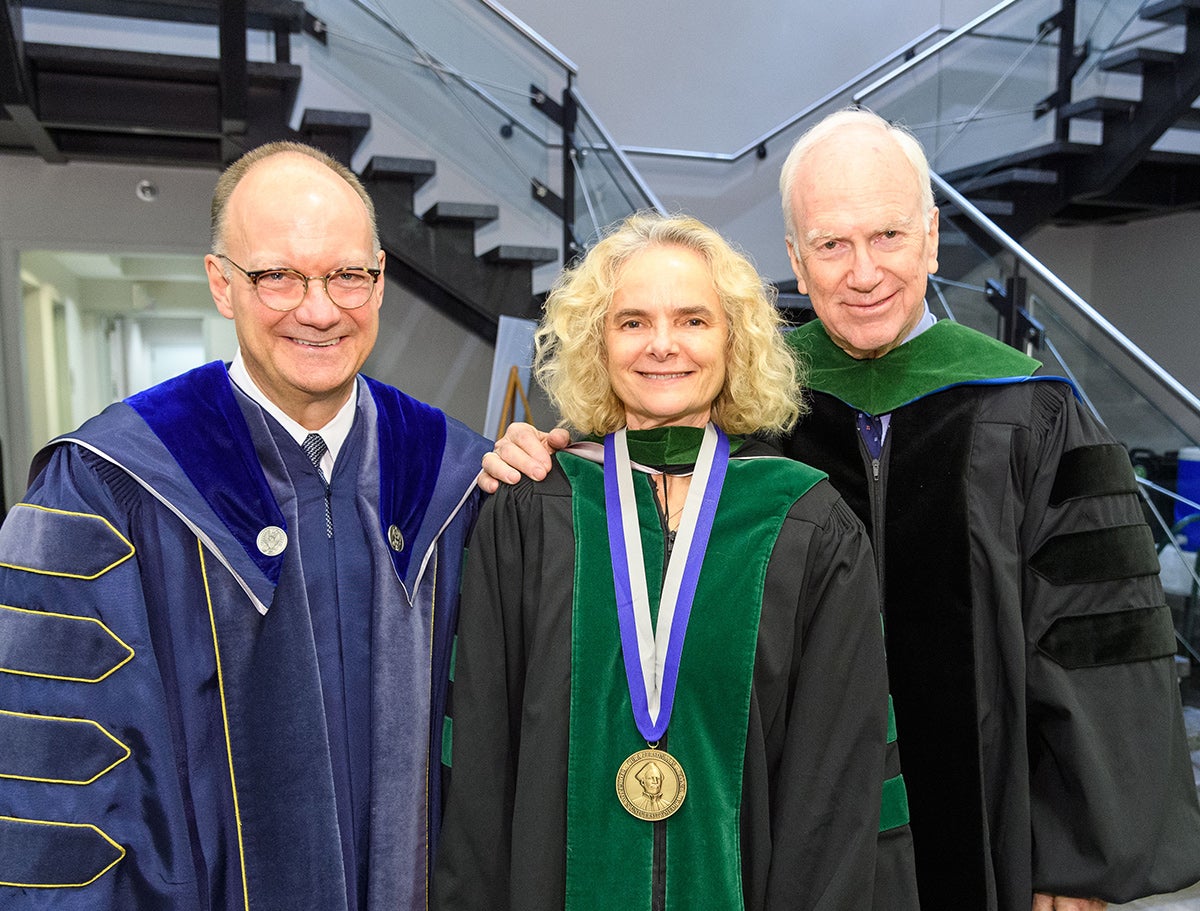 Nora Volkow: A Deep Commitment to Helping Others Borne From Tragic Family History 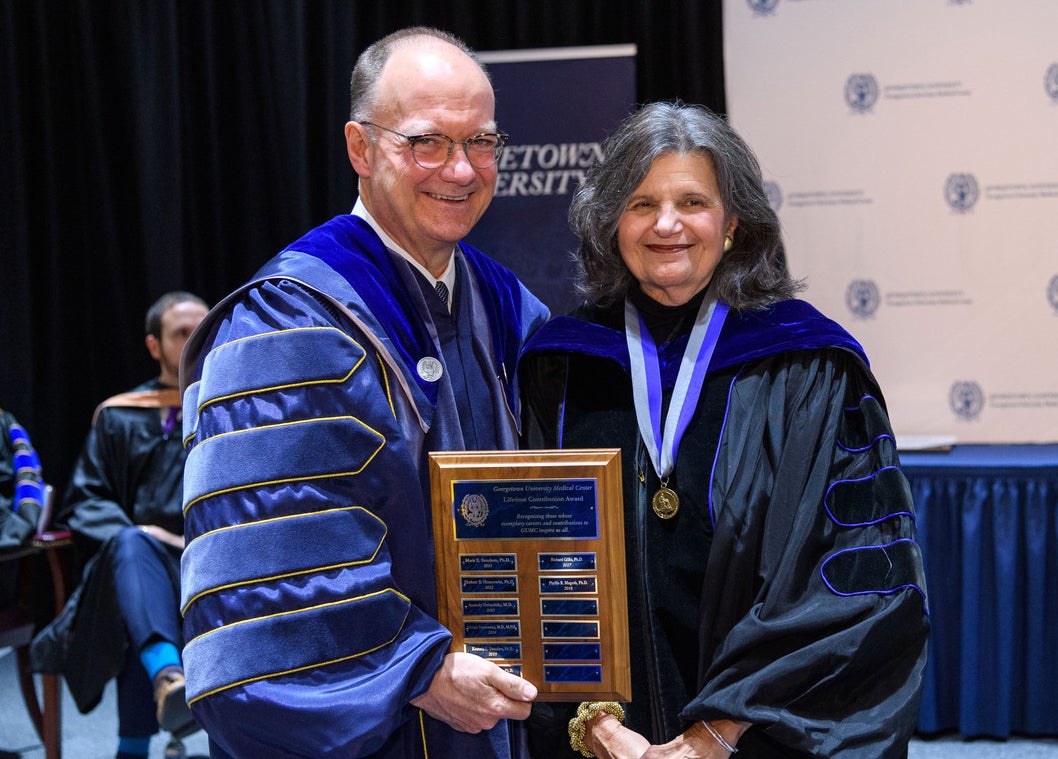