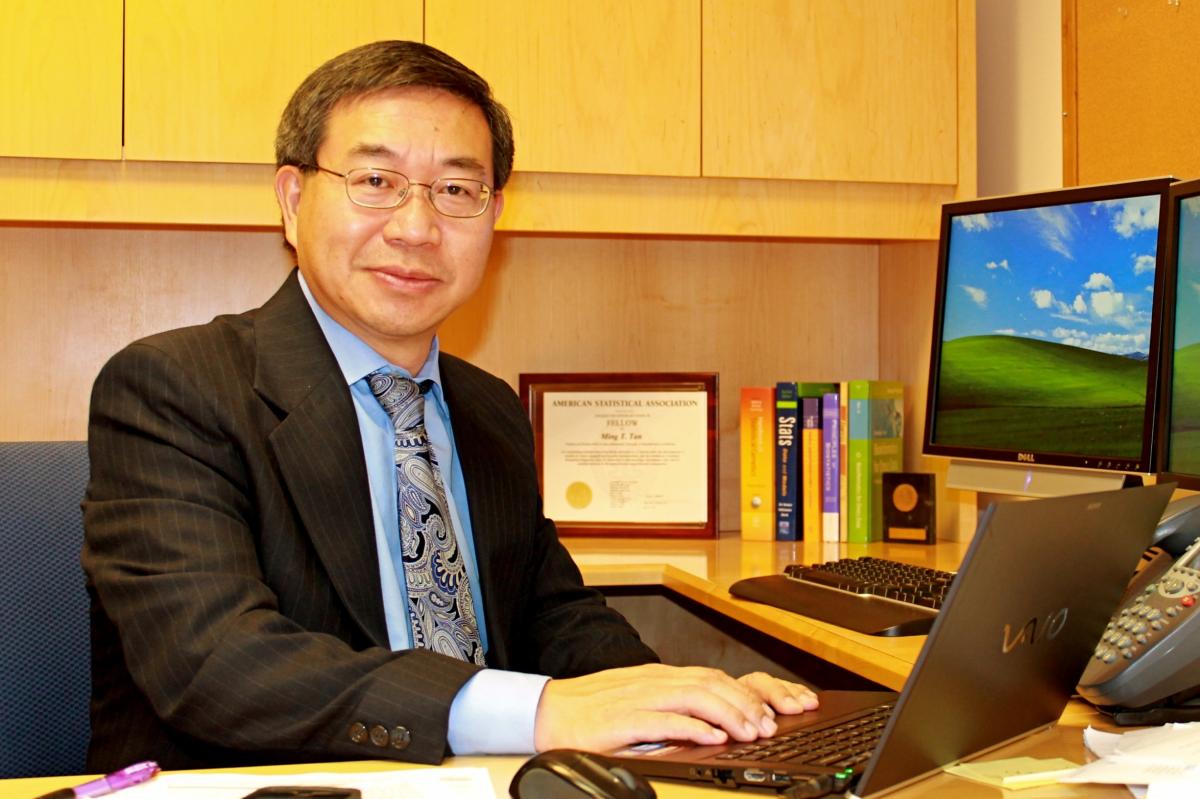 Patients are not seed crops. Still, starting in the 1940s, medical researchers borrowed techniques used in agricultural fields trials to test whether new therapies would work. Farmers would sow seeds and wait, say, six months to harvest. Patients would be put on investigational therapies for a predetermined, and often lengthy, period of time and then investigators would see if they responded.

That sounds logical, muses Ming T. Tan, PhD, the new chair of Georgetown University Medical Center’s Department of Biostatistics, Bioinformatics, and Biomathematics. But, given that patients are not plants, clinical trials are monitored and may be stopped for a pronounced treatment effect or the lack of anticipated benefit based on interim data. Early on, multiple analyses of emerging data elevated the chance for false positives, Tan says. “Investigators often stopped studies early, concluding the treatment worked, when, in fact, it didn’t,” he says.

Relating this story, Tan, a highly regarded, cancer-focused designer of clinical trials, says that in order to understand how far clinical research has come, it’s important to understand where it once was.

The era of simplistic, error-prone clinical trials changed due to several advances, Tan says: establishment of human research subject protection regulation in the late 70s, and, beginning in the 1980s, the creation of advanced statistical methods for the trial monitoring, and efficient designs utilizing genomic information.

“The whole point of the new statistics is to retain the rigor of the trial and eliminate chance,” Tan says.

His own work has contributed to a recent metamorphosis of clinical trials, allowing investigators to have provisions for change in a study as it progresses and as real-time information on a participant’s biology and clinical outcomes is assessed.

At the University of Maryland, where Tan headed the Division of Biostatistics and Bioinformatics until his move to Georgetown last fall, he was awarded a National Institutes of Health (NIH) grant that led to a groundbreaking advance in clinical trial design. Tan developed statistical methods that allow researchers to calculate whether a treatment trend seen early in a study — either beneficial or negative — is a real effect that will be maintained over time as more patients are enrolled and treated. This advance is known as adaptive clinical trials.

“Using biomarkers and genomics information from patients, we can predict whether we will reach our goal sooner,” says Tan. “If the trend toward benefit can be sustained, we could consider amending the trial to improve outcome or even stopping it early because benefit is substantial, or stopping it for lack of effect or even harm to patients,” Tan says.

His statistical method was used for a very large global pediatric study led by the University of Maryland that was stopped because the treatment worked before half of the patients were even enrolled. (Study results have been presented but not yet published.)

Adaptive clinical trials are now the standard that many investigators use, including those at Georgetown Lombardi Comprehensive Cancer Center. One such trial is I SPY 2 for women with locally advanced breast cancer. The study includes three investigational agents. As the trial progresses, the data gathered will allow the therapies to advance to other studies if they prove to be effective. A therapy would be dropped at an early point in the trial if it shows poor efficacy.

Tan brought a new NIH grant with him to Georgetown, along with several scientists from the University of Maryland, to develop a statistical method that can identify and evaluate the best combination of drugs to use for conditions such as cancer.

“Cocktail therapy is seen as the future of cancer care, because multiple drugs can target the many tumor-promoting pathways that are active in cancer,” he says. “A lot of benefit has been seen using multiple therapies in preclinical animal studies, but now we need to translate those findings into clinical trials.”

To do that, Tan will draw on the research strengths he knows exists at Georgetown Lombardi and at Georgetown University Medical Center — expertise in genomics, systems biology, oncology, population sciences, and developmental therapeutics.

“There is a lot of talent at Georgetown, and a lot of interesting science to be done,” Tan says. “Together we can develop new clinical trial designs that are truly based on personalized medicine.”