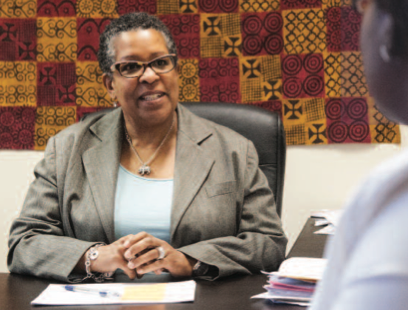 The lump. So many women fear finding one and having to face a biopsy, diagnosis, possibly surgery and treatment—each unwelcome thought followed by an even scarier one.

For most women, these fears will be unfounded. Less than 10 percent of all breast cancer screenings result in an abnormal finding and only a very small fraction—two to four of every 1,000 women—actually have the disease when they are screened, according to the American Cancer Society.

For those who are not so lucky, a breast cancer diagnosis will be followed by an often dizzying array of choices, decisions and appointments that a patient makes in close consultation with her health care team. While this is not a prospect that anyone wants to face, for most it is a manageable one.

But for a person who is uninsured or underinsured with a low income, the challenge is substantially more daunting. She may ask herself: “How much will my care cost, and how will I pay for it? Will I be able to take time off from work for appointments? How will I take care of my family while I am being treated?” For undocumented immigrants, the threats of exposure, arrest and deportation compound and complicate these concerns.

And ironically, even though early detection can increase a woman’s chances for survival, the very prospect of a diagnosis will lead some women to put off their yearly mammogram or avoid it altogether. After an abnormal screening, some women will abandon the health care system—temporarily avoiding the toll and expense of surgery or treatment—perhaps until it is too late. 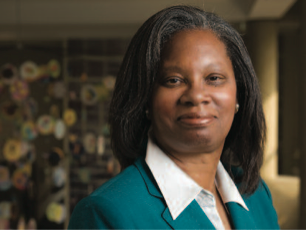 Two years ago, Flavia Campos was launching a business that was not yet sufficiently established to enable her to insure herself—especially given high premiums for individual insurance plans. She had been introduced to Georgetown’s Capital Breast Care Center, also referred to as the CBCC, via a friend’s referral and had already taken her mother and older sister there for mammograms but had never been screened herself.

“I was relatively young, of normal weight, ate healthy, exercised and had no breast cancer in my family. I did not think I was a candidate,” Campos recalled. A routine mammogram detected an abnormality and a biopsy later confirmed she had stage I breast cancer. “I was in shock,” she said. “The worst part of it was that I knew I could not afford the treatment.”

Scenarios such as the one Campos faced are far too common. With these fears and setbacks in mind, CBCC stepped into the breach as one of the only community-based, licensed and accredited mammography facilities providing comprehensive, culturally appropriate breast cancer screening, referrals and health education to women in the Washington, D.C., area regardless of their ability to pay. Campos worked with CBCC “patient navigators” to find treatment and the insurance that would pay for it. After a lumpectomy and radiation, Campos is cancer free. “I feel really blessed,” she said. “I don’t know what I would have done without them.”

The stakes are high in the nation’s capital—no city has a higher death rate from breast cancer than Washington. A combination of variables is likely responsible for this fact, including less access to health care in low-income neighborhoods, less knowledge about and fewer opportunities to change nutrition and exercise habits, high-risk behaviors such as tobacco use and genetic risks that come with family history. African-Americans, which make up the majority of the city’s population, tend to have a lower incidence of breast cancer than Caucasian women overall, but are more likely to get the disease at a younger age when screening is not commonly covered by insurance. They also tend to develop more aggressive tumors that result in higher mortality and morbidity. In fact, the rate at which African-American women die from the disease annually is more than twice the rate for Asian and Hispanic women, according to the National Cancer Institute.

CBCC was founded by Georgetown Lombardi Comprehensive Cancer Center in 2004. It now falls under the Office of Minority Health and Health Disparities Research, spearheaded by Lucile Adams-Campbell, PhD, an internationally recognized expert on health disparities and reducing cancer risk in underserved communities.

A longtime resident of D.C., Adams-Campbell is an epidemiologist who specializes in community health research, interventions and outreach. The mission of this initiative, in part, is to combat cancer health disparities in the District through research, training, communication and education. In so doing, Adams-Campbell confronts another barrier that low-income women seeking care may face: fragmenta- tion. While a patient may be covered by Medicaid, that insurance plan may be accepted by only a few providers or the treatment plan may require seeing several providers.

CBCC Medical Director Shawna Willey, MD, grapples with this phenomenon all too frequently. “We don’t want to under-treat people, but for every patient, we have to look at the cost of care and what the benefit will be. If a patient’s long-term survival will likely increase 2 percent with chemotherapy, but that might bankrupt the family, two percent may not be enough. It may be more cost-effective for a patient to have a mastectomy than a lumpectomy and radiation.” Willey, a surgical oncologist, is a member of Georgetown Lombardi and is director of the MedStar Regional Breast Health Program.  “You don’t make recommendations based only on economics, but that must be considered. There are limits on coverage,” she explained.

Fortunately, due to the continued generosity of the Avon Foundation for Women and others, CBCC has been able to find treatment options for 100 percent of its patients who continue seeking care after a diagnosis. It does so with the help of the aforementioned “patient navigators” who help steer patients through the maze of insurance plan limits, providers and funders and a blizzard of paperwork that accompanies virtually every case. Often the physician must take on the role of advocate.

“As a clinician said, I can call the insurance company and say, ‘This is something I feel I should do,’” said CBCC assistant medical director Bridget Oppong, MD, a member of Georgetown Lombardi and a breast surgeon at MedStar Georgetown University Hospital. “I have yet to have a carrier refuse, but you have to go that extra mile.”

In addition to its mammograms, clinical examinations and navigation services provided by a bilingual staff, CBCC offers referrals for emotional support, primary care and untreated health conditions, as well as transportation to and from appointments for those who need it.

CBCC serves approximately 2,000 patients each year, but that number is growing, in part due to the center’s education and outreach programs. Center staff and volunteers go to community centers, churches and events to raise awareness about breast health. Zhilphia Turner, a community health worker who specializes in outreach to the community, has been known to approach bus stops to ask women, “Have you had your mammogram this year?”

“They’re scared,” Turner said. “They’ve heard rumors that it hurts and I’ll say ‘It does hurt, but a little hurt can save your life. And if we find something, CBCC will stick with you all the way.’ They need to know they’re not alone.”

The anxiety that accompanies a diagnosis is not an abstraction to CBCC Executive Director Wanda Lucas, MBA, who is also a survivor. “I know what it is to hear, ‘You have breast cancer.’ I understand what it’s like to wonder if you are going to be here next year.”

Overcoming the patient’s apprehension is often a daunting task. “I tell every newly diag- nosed patient that our intention is for them to come out the other side and be exactly the same person they are now, except with this experience behind them,” Willey added. “’Yes, you have to go through treatment, but that does not mean you won’t go on to live a long and healthy life.’ That’s a powerful statement for them.”

Lucas, who was appointed to her post in November, has ambitious plans for CBCC. She intends CBCC to be a national model for both screening and education. Working with Adams-Campbell and the health disparities team, CBCC could also be a gold mine of data, …providing valuable information on breast cancer risk and prevention for African-Americans and Latina women, who are woefully underrepresented in research studies.

While working as an advocate after her diagnosis in 2006, Lucas noticed so many of patients she encountered lived in her neighborhood. “We don’t even live in an industrialized area, with smokestacks billowing out, but we have residual effects from environmental damage,” explained Adams-Campbell. “We can’t explain the causes, because we don’t have the data.”

Identifying its cause and preventing breast cancer is, at present, beyond the capability of medical practitioners, but early detection, risk awareness and reduction is an agenda every woman can make her own. “Getting sick was just not in my plans,” said Campos. “Thanks to CBCC I am much more attentive to my health now.” Adams-Campbell hopes more women will follow in the footsteps of Campos after a diagnosis. “Don’t let the fear paralyze you, but mobilize you,” Adams-Campbell advised.

And if the staff of CBCC and Georgetown Lombardi’s Office of Minority Health and Health Disparities Research have their way, D.C. will be knocked off its unwelcome perch as America’s deadliest place to face breast cancer. “When I found out that my hometown has the highest breast cancer mortality rate in the nation, I said, ‘I just can’t accept that,’” Lucas said. “I won’t accept it.”