WASHINGTON (Sept. 21, 2015) — A new animal study shows that traumatic brain injury (TBI) affects the body as well as the brain and that treatment with hypertension drugs blocks the production of proteins related to inflammation.

In the study, published online today in The American Journal of Pathology, the Georgetown University Medical Center (GUMC) research team reveals for the first time that in an animal model, brain injury produces an inflammatory response in the blood and body’s organs, especially the liver. The liver responds with increased production (up to a thousand-fold) of a protein that ramps up inflammation in the brain, leading to chronic inflammation, nerve cell death and reduced blood flow.

The investigators also discovered that in mice, small doses of telmisartan, a hypertension drug, blocked production of one of the molecules in the protein’s biological pathway, leading to substantial reduction in inflammation. The brain can then possibly heal, says GUMC neuroscientist Sonia Villapol, PhD, the lead researcher. 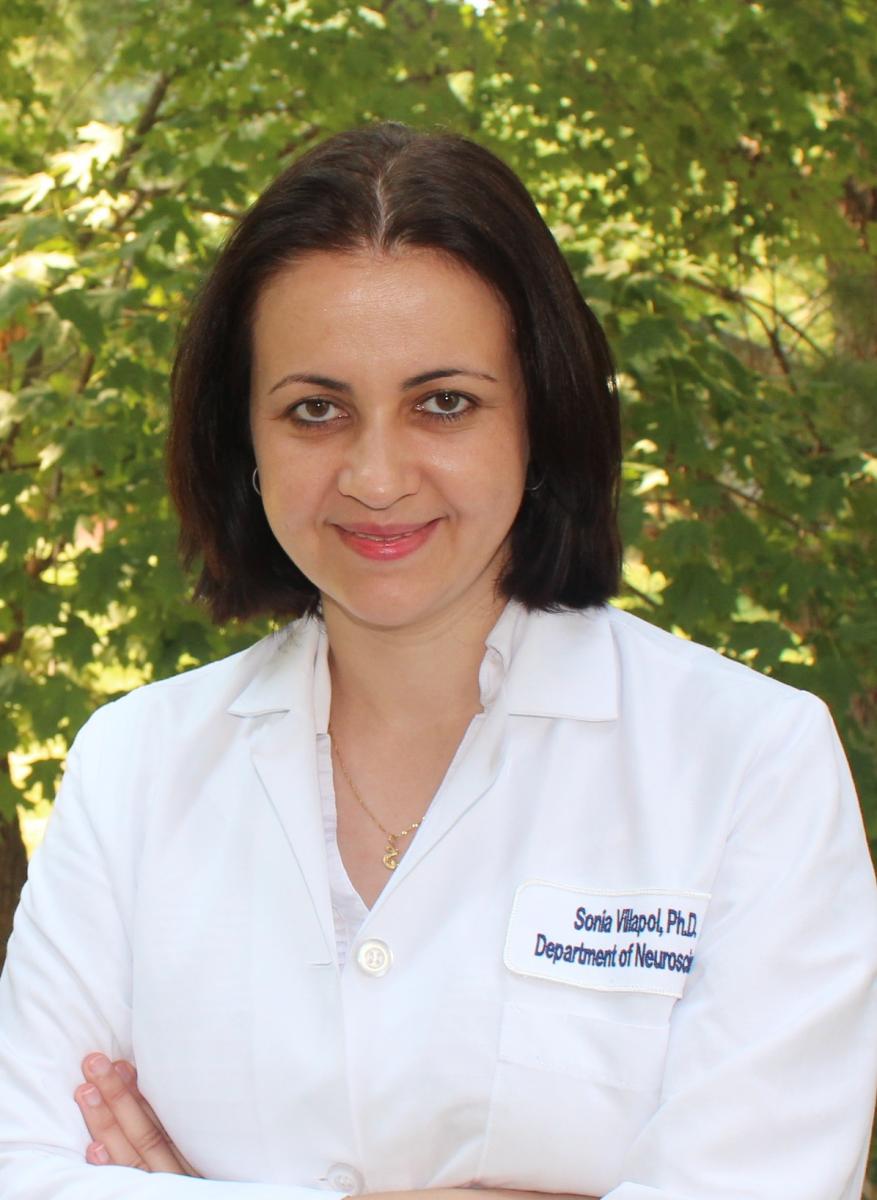 Identifying a treatment for TBI is critical for the 1.7 million-plus patients a year that experience a TBI, says Villapol, an assistant professor of neuroscience.

“To date, treatment of TBI consists of supportive care and rehabilitation because there has been no way to reduce the inflammatory damage that occurs right after head injury trauma and continuously thereafter,” she says. “And our findings suggest a treatment for both the brain and body would play a critical role in this chronic inflammatory response.”

The research shows that the critical protein, serum amyloid A1 (SAA1), was increased in the blood six hours after injury and 24 hours later in the liver. Investigators administered telmisartan to mice shortly after brain injury, and found that the peripheral inflammatory response in the liver was reduced after brain damage. “This study established a connection between the peripheral regions and the brain, highlighting the importance of regulating the peripheral damage when trying to mitigate the consequences of brain injury,” Villapol says.

In earlier research, Villapol and her colleagues observed that telmisartan and another hypertension drug, candesartan, could improve outcomes if given hours after a TBI in mice. Six hours after a brain injury, use of the drugs decreased brain inflammation, neuronal death, bleeding and swelling in the brain. Blood flow to the brain improved within one to three days after treatment, and cognitive improvement was seen one month after injury (published online June 26 in the journal Brain).

“The earlier study also demonstrates the potential, in terms of time-to-treatment, for use of the drugs in humans,” Villapol says. “Waiting six hours before using the drugs is realistic, given the timeframes that most patients receive treatment at an emergency room.”

“These studies pave the way for clinical trials of these drugs in TBI patients,” she says.  Villapol is working with GUMC neuroscientist Mark Burns, PhD, associate professor and expert in TBI, to explore future clinical trials.

Juan Saavedra, MD, an adjunct professor of pharmacology at GUMC is a co-author of both studies. Other co-authors of the American Journal of Pathology study are, from the Uniformed Services University of the Health Sciences, Dmitry Kryndushkin, PhD; Ashley Campbell, Frank P. Shewmaker, PhD; Aviva Symes, PhD, and Maria Balarezo, a research assistant at GUMC.

The study was supported by grants from the Center for Neuroscience and Regenerative Medicine at the Uniformed Services University of the Health Sciences, and a postdoctoral fellowship.