Could Minority-serving Hospitals Be Unfairly Penalized by CMS for Readmissions?

WASHINGTON (Oct. 28, 2016) — A new probe into why colorectal surgery patients end up back in the hospital after surgery suggests that it has less to do with the hospital or treatment received but rather more determined by patient factors such as race, income, and insurance status.

The study underscores the vast challenge in leveling health disparities especially as some hospitals that serve these populations face disproportionately harsh penalties for outcomes directly impacted by such factors.

The Hospital Readmission Reduction Program (new window) (HRRP), put in place in 2012 by the U.S. Centers for Medicare & Medicaid Services (CMS), penalizes hospitals for higher-than-expected readmission rates for six conditions: heart attacks, heart failure, pneumonia, COPD, and hip and knee replacement. To date, it has penalized more than half of the nation’s hospitals for failing to meet expectations, imposing more than $500 million in fines.

Under debate is whether hospitals treating a large number of socially disadvantaged patients — individuals who may not be able to afford their medications or lack a supportive social environment — should receive extra consideration. CMS posits that all hospitals should be held to the same standard, says the study’s senior investigator, Waddah B. Al-Refaie, MD, FACS, surgeon-in-chief at Georgetown Lombardi Comprehensive Cancer Center and chief of surgical oncology at MedStar Georgetown University Hospital (GUH). 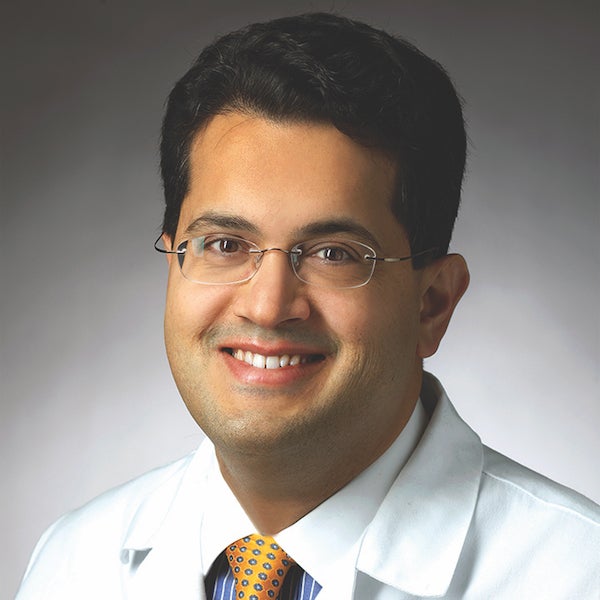 According to Al-Refaie, numerous studies, however, have shown that patient factors do make a difference in the risk of readmission.

“Minority-serving status of a hospital is important,” he says. “These hospitals typically serve as a safety net in low-income communities; their patients tend to have more co-morbidities and less resources to support their health.”

Writing in the journal Surgery published online Oct. 28 (new window), the investigators say the federal government should take these patient factors into account in their push to reduce hospital readmission rates.

“If these factors are not balanced out, we fear minority-serving hospitals will face substantial, crippling financial penalties, and may end up being selective about the patients they admit,” says Al-Refaie.

Al-Refaie, along with a team of researchers at MedStar GUH and MedStar Health Research Institute, set out to look at outcomes in colorectal surgery, a common procedure in the U.S. each year as treatment for colorectal cancer, inflammatory bowel disease and diverticulitis. This procedure has a high risk for postoperative complications and hospital readmissions within 30 days of discharge.

The researchers examined outcomes and patient factors in more than 168,000 colorectal surgery patients treated in 374 California hospitals from 2004-2011. Forty-seven (47) of these hospitals were considered minority-serving hospitals for having a high percentage of minority patients. Hispanic and black patients comprise 63 percent of the patient population in minority-serving hospitals, compared with 17 percent in other hospitals.

“These findings suggest that CMS should account for patient socio-economic factors when they compare readmission rates,” says Al-Refaie.

“We know that safety-net hospitals — those providing healthcare to a large proportion of uninsured and patients with Medicaid — are more commonly penalized under the HRRP program, and we worry that imposing unfair fines for surgery readmission on hospitals that are already financially vulnerable will have unintended consequences on patients,” he says. “These hospitals may become less inclined to take in sicker patients and reduce spending necessary for patient safety, and that puts more patients’ health at risk.”

The research was supported by a National Cancer Institute Cancer Center Support Grant (#P30 CA051008) to Georgetown Lombardi. The authors report having no personal financial interests related to the study.

About Georgetown University Medical Center
Georgetown University Medical Center (GUMC) is an internationally recognized academic medical center with a three-part mission of research, teaching and patient care (through MedStar Health). GUMC’s mission is carried out with a strong emphasis on public service and a dedication to the Catholic, Jesuit principle of cura personalis — or “care of the whole person.” The Medical Center includes the School of Medicine and the School of Nursing & Health Studies, both nationally ranked; Georgetown Lombardi Comprehensive Cancer Center, designated as a comprehensive cancer center by the National Cancer Institute; and the Biomedical Graduate Research Organization, which accounts for the majority of externally funded research at GUMC including a Clinical and Translational Science Award from the National Institutes of Health. Connect with GUMC on Facebook (new window) (Facebook.com/GUMCUpdate), Twitter (new window) (@gumedcenter) and Instagram (new window) (@gumedcenter).