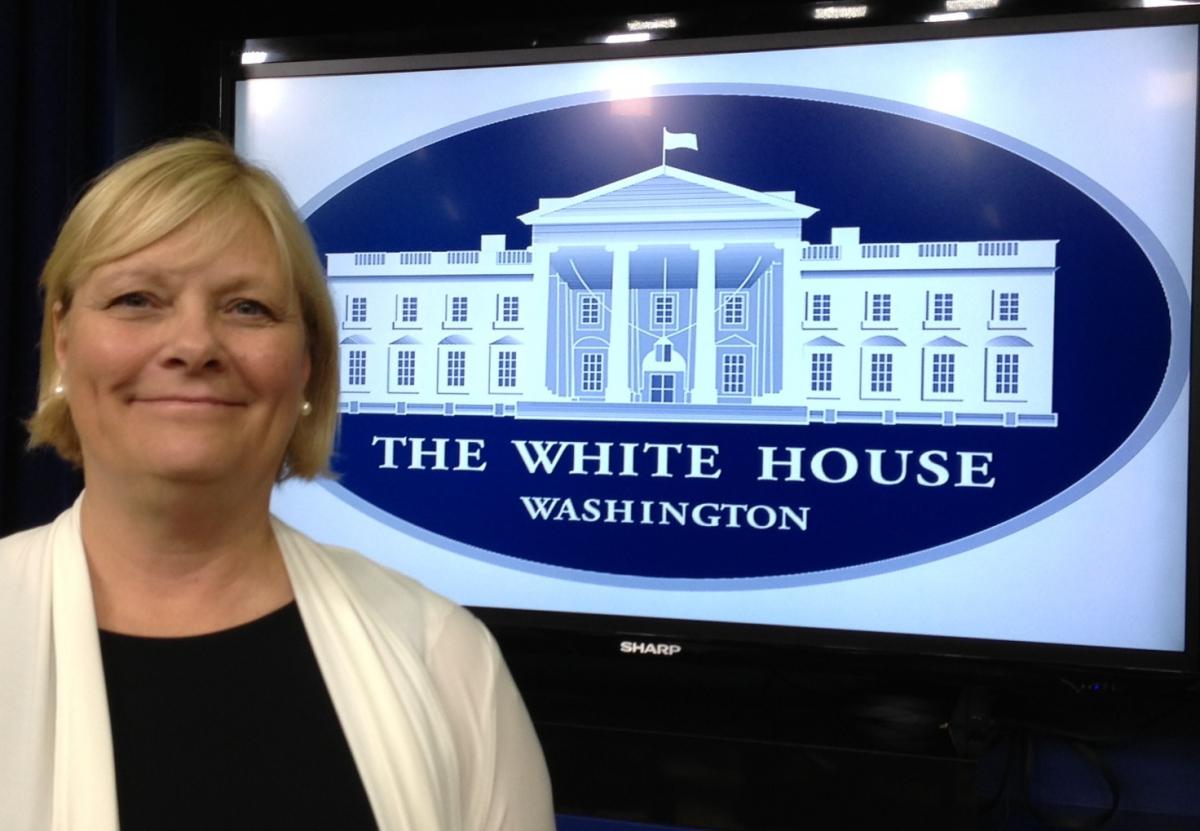 The White House honored Laura Anderko (new window), PhD, RN, the Robert and Kathleen Scanlon Chair in Values Based Health Care at NHS, as a Champion of Change for her leadership in raising awareness about climate-related health effects.

Anderko holds the Robert and Kathleen Scanlon Chair in Values Based Health Care at the School of Nursing & Health Studies at Georgetown University Medical Center.  She and other champions were recognized at the Eisenhower Executive Office Building at the White House on July 9.

Howard K. Koh, MD, MPH, assistant secretary for health at the U.S. Department of Health and Human Services, told the champions he is humbled by their work.

While at the event, Anderko shared with senior officials her views on protecting public health in a changing climate.

“I am honored to be acknowledged for my work in raising awareness and advocating for policy changes that will protect the public’s health in light of climate changes,” says Anderko.

She also served as lead author of the Catholic Health Association of the United States’ 2012 publication “Climate Change and Health: Is There a Role for the Health Care Sector?”  Recently, she was a panelist for both the Climate Reality Project – founded by former vice president Al Gore – and the U.S. Climate Action Network.

“It is great to see Laura’s body of work recognized in such a prominent way,” says Martin Y. Iguchi, PhD, the school’s dean. “She is a national voice on environmental issues and exemplifies our efforts to use scientific evidence to inform policies that affect the public’s health.”

Through the initiative, the White House recognizes individuals for extraordinary work in their communities on a variety of topics, according to the Champions of Change website.

In addition to her national work, Anderko is a member of the advisory committee for the Environment Initiative and teaches courses on health disparities and environmental justice.

“People are involved in climate change, but they often don’t understand the health implications,” she says.  “A prominent event like this is a great opportunity to raise awareness.  I am grateful to the American Lung Association and Health Care Without Harm for nominating me and to Georgetown University for supporting my work.”