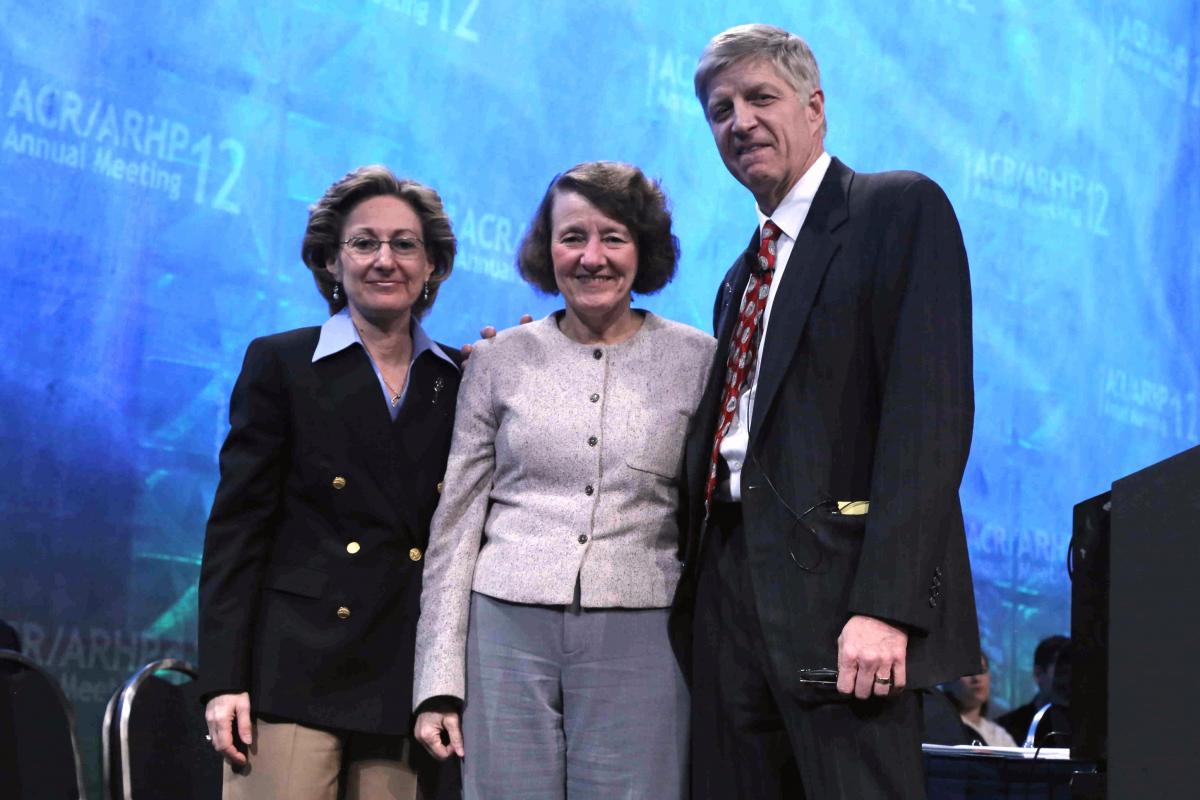 Virginia D. Steen, M.D., a professor of medicine at Georgetown University Medical Center, has received the Excellence in Investigative Mentoring Award from the American College of Rheumatology (ACR) and the Association of Rheumatology Health Professionals (ARHP). The award was presented at the ACR/ARHP’s annual meeting in Washington, DC, November 10.

The Excellence in Investigative Mentoring Award recognizes the importance of the mentor/mentee relationship and honors recipients for their contributions to the rheumatology profession through outstanding and ongoing mentoring.

In recognizing Steen, the ACR wrote, “She has served as an outstanding role model for many clinical investigators and used her own recognition and leadership roles in professional societies to provide opportunities for young faculty to participate in committees and to be recognized.”

“This award is very special since I was nominated by young investigators, but it is even more special to see these young investigators succeeding, presenting podium presentations at national meetings, receiving NIH RO1s, and getting promoted,” Steen said the day before receiving the award. “I am confident that patients with scleroderma will have a whole new generation of committed physicians focusing on this difficult disease, and I am honored to have been able to play a role in helping them to get started.”

Steen has made significant contributions to the understanding of the epidemiology and natural history of systemic sclerosis or scleroderma, a rheumatic disease. Before joining Georgetown in 1995, Steen co-developed a scleroderma database at the University of Pittsburgh that has tracked more the 3,000 patients over 30 years. This ongoing database has contributed to more than 150 research publications — many of which are sentinel studies on risk factors and outcomes for kidney and lung involvement.

In 2008, she co-authored one of the first studies to document the existence of exercise-induced pulmonary hypertension in scleroderma. Pulmonary hypertension is a common cause of death in people with the scleroderma. To further understand this deadly complication, she became coordinating investigator of the Pulmonary Hypertension Assessment and Recognition of Outcomes in Scleroderma, an ongoing 8-year observational study. Her studies on auto-antibodies, pregnancy and survival are some of the most quoted references in the field.