MARCH 14, 2014—Ordinarily thought of as being neat and logical, science has a messier side—especially when it comes to cancer. 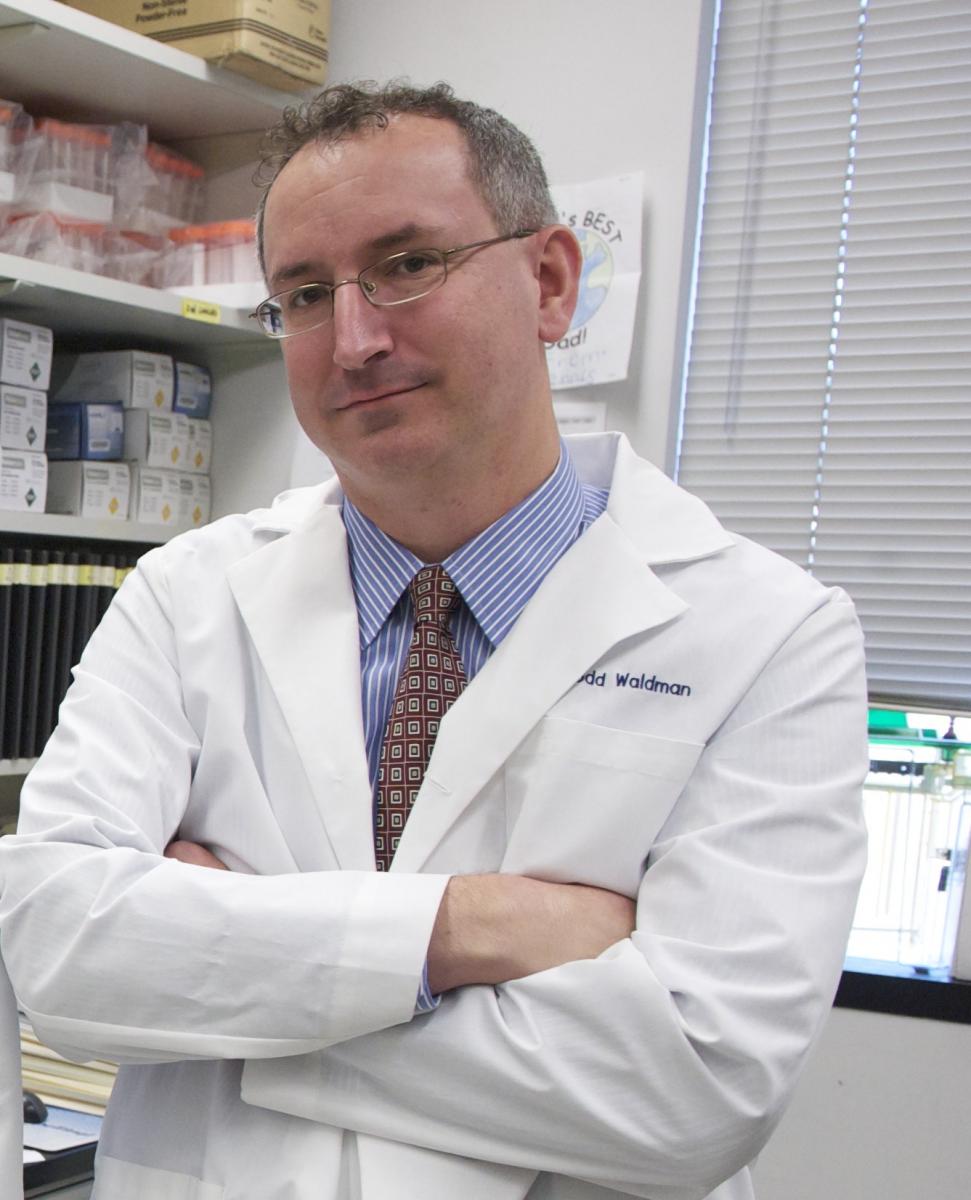 In an interesting conundrum, Waldman and his colleagues have found that mutations in STAG2 cause cancer, but that in certain subsets of cancer, having a STAG2 mutation might actually be a good thing.

Waldman’s group published an important study (new window) in the journal Science in 2011, in which he and his colleagues showed that the loss of STAG2 occurred in a wide range of cancers including glioblastoma, melanoma and childhood bone cancers, all of which are aggressive and difficult to treat.

Then, in a subsequent study (new window) published in October 2013 in Nature Genetics, they determined that STAG2 has something of a dual personality when it comes to bladder cancer.  In very early bladder cancers that have not yet invaded muscle or metastasized to other organs—by far the most common type of bladder cancer—mutations of STAG2 indicate that the tumor is unlikely to ever become more dangerous. This finding now has been confirmed independently by other groups.

In later-stage bladder cancers that have invaded the muscle or metastasized, STAG2 mutations are much less common, but indicate a poor prognosis.

One explanation for this dichotomy could be that the order in which genetic mutations accumulate in cancers affects the aggressiveness of the tumor, Waldman hypothesizes. He cites the example of the KRAS gene mutations, an important marker of colon cancers.

“We think the same thing might be true for STAG2 in bladder cancer.”

These basic science findings may eventually yield real-world understandings of disease that can be applied to patients.

Because clinicians have been unable to determine definitively which small subset of early-stage bladder tumors will eventually become potentially lethal cancers, all bladder cancer patients—even after they have had surgery and chemotherapy—must undergo frequent endoscopic examinations of their bladder to look for signs of recurrence, says Solomon.

This procedure, called cystoscopy, is uncomfortable and costly, he notes.

“We have developed a simple test for pathologists to easily assess the STAG2 status of these tumors, and are currently planning a larger study to determine if this test should enter routine clinical use for predicting the likelihood that a superficial bladder cancer will recur,” Solomon says.

“This is a great example about how basic cancer research can lead to clinically important findings,” Waldman says. “At least in early-stage bladder cancer, STAG2 mutations appear to offer some good news.”

A provisional patent application has been filed by Georgetown University for the technology described in this paper, on which Waldman, David A. Solomon, and Jung-Sik Kim are the inventors.