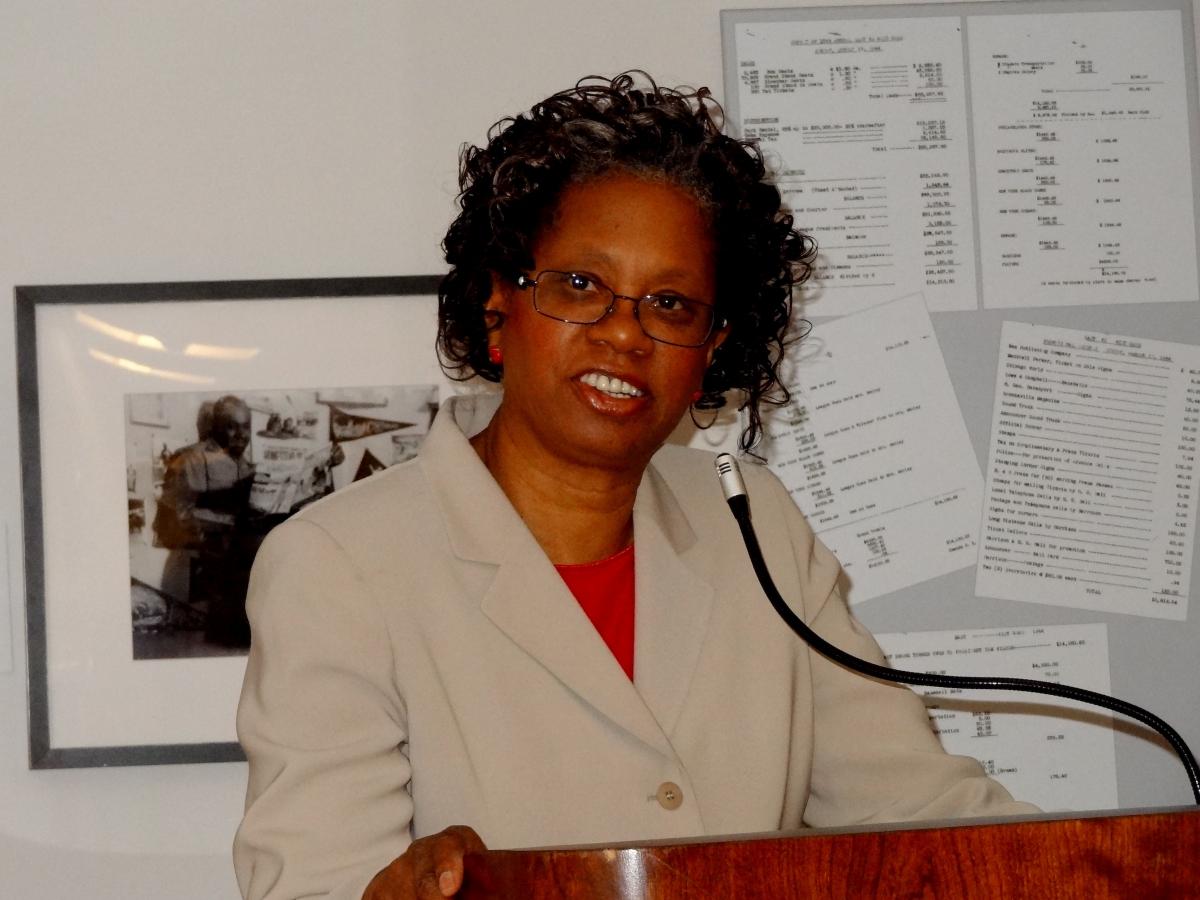 Georgetown Lombardi Comprehensive Cancer Center recently shone the spotlight on the stark health disparities in Washington, DC, by dimming the lights for a movie screening.

At a March 28 event at the Smithsonian Institution’s Anacostia Community Museum, Georgetown Lombardi screened the documentary, “Health: When Sex, Race and Location Matter” for an audience of partner organizations and individuals from throughout the city.

The Discovery Channel-produced movie spotlights the staggeringly bleak picture of health disparities in the District, the impact on local families, and some measures that are making a difference.

The 50-minute documentary reveals that the nation’s capital has among the country’s worst statistics for chronic killers such as cancer, heart disease, obesity and diabetes. Further, these conditions are dramatically more prevalent depending on factors such as race, gender, socioeconomic status and neighborhood.

The movie points out that health disparities can be mapped along the city’s subway lines — with the wealthiest communities in upper northwest DC the least affected and the poorest communities – such as Anacostia east of the Potomac River – the most affected.  Through compelling profiles of DC residents, the movie explores issues such as a deep-seated mistrust of the medical community among many minorities and so-called “food deserts” – referring to the lack of grocery stores in poor communities.

The screening was organized by Georgetown Lombardi’s Office of Minority Health and Health Disparities Research, based in Southeast DC under the direction of Lucile Adams-Campbell, PhD. Adams-Campbell, an epidemiologist who specializes in community health research, said she is excited that Georgetown is making inroads in addressing health disparities through community-based interventions and education efforts in partnership with the neighborhoods most affected.

“I am very happy that we have the support of different organizations from all different parts of DC. It’s extremely important that we share the wealth of knowledge, not only in certain wards in upper Northwest DC, but that we reach out to all corners of the city,” Adams-Campbell said. “We are actively doing that and I am proud.”

She emphasized how pleased she was that Georgetown was able to hold an event at the Anacostia Community Museum, located in the heart of Ward 8. The southernmost ward in DC, Ward 8 has the highest unemployment rate in the city and is repeatedly cited in the film for its exceptionally high rates of illness.

Georgetown Lombardi Director Louis M. Weiner, MD, agreed, noting that as the only comprehensive cancer center in the District, “we have a responsibility to aggressively address these issues with every resource at our disposal.”

“This is our backyard,” Weiner said.