AUGUST 15, 2014—Too often, academic researchers and community-based organizations (CBOs) might be puzzling over the same problem, but through such different lenses that there is an enormous disconnect.

Take, for example, breast cancer screening for disadvantaged women. To find out the best way to offer such services, academic researchers might pull together a group of participants—perhaps through advertising—and conduct a clinical trial that studies the impact of a certain intervention on mammography screening rates.

The research has the academic rigor to impact scientific and policy circles, but it may lack grounding in the community, and thus may not fully reflect the needs of the people it is intended to help.

At the other end of the spectrum, the community-based organizations (CBOs) have a deep understanding of the communities in which they work, and are regularly in contact with the very women who could benefit from screenings.

However, without the research know-how or resources of academic institutions, they likely are not able to test, measure or reproduce their effectiveness so it has greatest impact.

Now, in the greater District of Columbia, a series of grants funded by the Georgetown-Howard Universities Center for Clinical and Translational Science (new window) (GHUCCTS) is helping bridge this divide.

GHUCCTS is a collaborative research center formed by Georgetown and Howard universities, MedStar Health Research Institute (new window), Oak Ridge National Laboratory (new window), and the Washington DC VA Medical Center (new window). It is a member of the CTSA (Clinical Translational Science Award) Consortium, a collaboration of 62 institutions nationwide funded by highly competitive grants from the National Institutes of Health. The CTSA works to increase the efficiency and speed of clinical and translational research across the U.S.  Georgetown and Howard received the $38 million CTSA in 2010.

Research for the Real World

Each CTSA has its own focus area, and a major mission of GHUCCTS is to address health disparities in underserved populations. To that end, it offers yearlong mini-grants of about $15,000 each to foster collaboration between academics and CBOs. Five have been awarded in the last four years.

“Community organizations collect lots of very rich information. They know who they are serving, why they come and what issues they have, and how to help,” says Carla Williams, PhD, an associate professor of medicine at Howard University who co-directs the GHUCCTS community engagement program at GHUCCTS along with Mary Ann Dutton, PhD (new window), professor in the department of psychiatry at Georgetown University Medical Center.

“But that data doesn’t get shared with the broader public health community that can learn about what works to reduce health disparities,” she says.

Conversely, on the academic side, “you can only really understand health phenomena in a community if you engage the people who live there,” Williams says.

Kristi Graves, PhD (new window), an associate professor of oncology at Georgetown Lombardi Comprehensive Cancer Center (new window), puts it this way: “What academic researchers get out of this is that it is very rewarding and enriching. You leave your little workspace and the academic ideas and scientific literature to go into the real world. A community partnership can yield significant, practical, timely and meaningful solutions.”

Graves and Georgetown colleague Vanessa Sheppard, PhD, are primary investigators on a GHUCCTS mini-grant to work with Nueva Vida (new window), an 18-year-old organization based in Alexandria, Virginia that is dedicated to providing culturally sensitive cancer support for Latino families in the mid-Atlantic region. 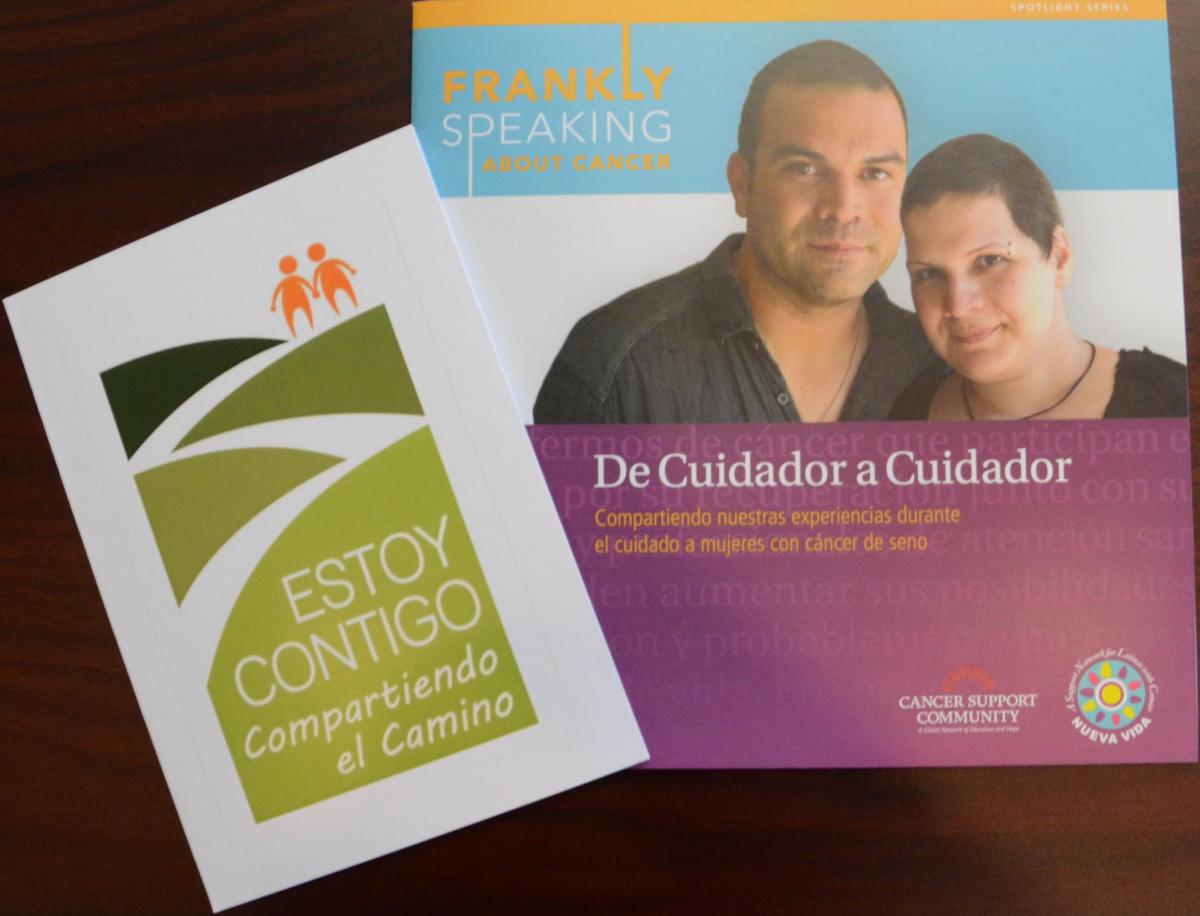 It is a mature, nationally recognized organization that understood early on the value of partnering with universities, says Margaret Darling, Nueva Vida’s chief evaluation and advocacy officer. More than 800 Latina women receive referrals for screening exams or other support services through Nueva Vida each year.

With the support of their mini-grant, Graves, Sheppard and their Nueva Vida partners are working to publish a model—or template—of an ideal CBO-academic partnership so that other similar collaborative relationships might flourish.

“It looks back at the perspective of both the researchers’ side and that of Nueva Vida to what has really worked, what we have learned and what are the best practices for other organizations that want to become responsive and nimble enough to partner with an academic institution,” Darling says.

The successful partnership helped Graves and Nueva Vida secure a $2 million grant through the Patient Centered Outcomes Research Initiative (PCORI) (new window), established by Congress, to evaluate a quality-of-life intervention for Latina survivors of breast cancer and their caregivers. The grant also includes two CBOs in New York and one in California.

The overarching goal of the GHUCCTS mini-grants is that both sides of the partnership “lay a foundation during the year of funding“ and “then the partners will continue to work together, submit new grant proposals and expand their research ideas,” Williams says.

Most of the grantees have established enduring partnerships with the CBOs, she adds.  That includes another collaboration between Sheppard and the African Women’s Cancer Awareness Association (new window) (AWCAA). Their project, and ongoing interest, is to better understand the characteristics, attitudes and barriers to breast cancer control in African immigrant women.

Another is work conducted between Georgetown child psychologist Alfiee Breland-Noble, PhD, and the First United Methodist Church of Hyattsville (new window) (FUMC). FUMC promotes congregational openness to mental health as a natural part of the total health continuum. The mini-grant project seeks to eliminate mental illness stigma in the church through a data-driven, testable intervention.

A fourth mini-grant project funded research between Howard University researcher Janice Berry Edwards, PhD, and Northern Virginia Family Services (new window). The project examines the impact of a program that provides comprehensive legal, medical and mental health support on quality of life among immigrants that have experienced trauma and torture in their home countries.

“This holistic partnering is very exciting,” Williams says. “What works on the ground in disadvantaged communities has the potential to be widely shared, spreading knowledge and solutions.”