October 30, 2016 - More than 900 attendees raised more than $2.3 million for Georgetown Lombardi Comprehensive Cancer Center at the 30th Anniversary Lombardi Gala – the most raised at the event to date. The fundraising total included a $1 million gift for immunotherapy research.

One hundred percent of the proceeds from the gala go directly to Georgetown Lombardi for cancer research, education and treatment. Since its inception, the Lombardi Gala has raised more than $25 million. 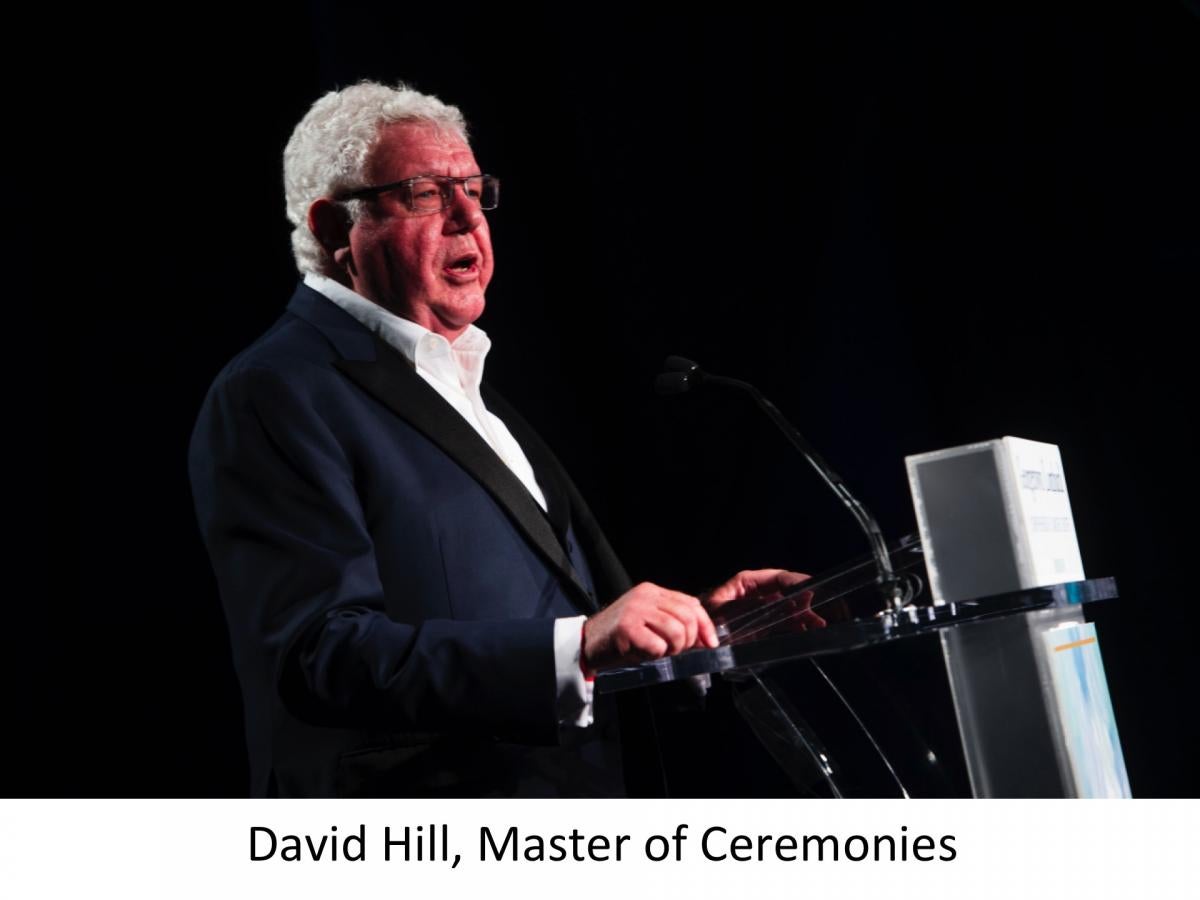 Produced by Emmy award winner David Hill, who also served as the master of ceremonies, the October 29 black-tie dinner dance at the Washington Hilton featured a cocktail reception, a renowned silent auction and a raffle for a new 2016 Lexus NX 200t Sport automobile. It also honored an award-winning sports journalist, an early-career researcher and a prolific fundraiser for their contributions to the fight against cancer.

Chris Mortensen, ESPN senior analyst, announced in January 2016 that he had been diagnosed with stage IV throat 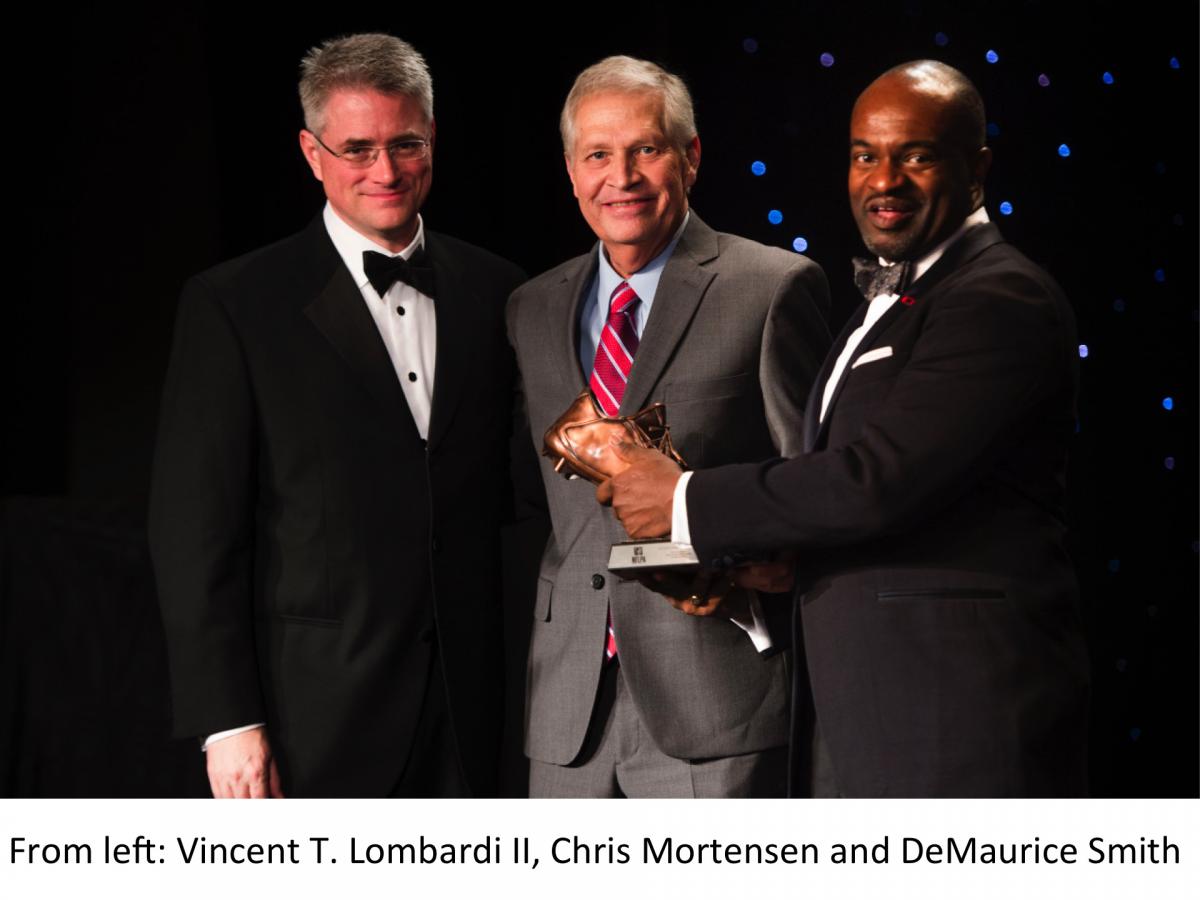 cancer. Mortensen was treated with intensive chemotherapy and radiation at M.D. Anderson Cancer Center, an NCI-designated comprehensive cancer center like Georgetown Lombardi. In August, he reported that recent exams and scans have detected zero evidence of disease. Since then, Mortensen has resumed some NFL coverage on a limited basis as the 2016 season gets underway.

“I am so honored to be chosen for the NFL Players Association Georgetown Lombardi Award,” Mortensen said. “I have deep, personal gratitude for comprehensive cancer centers like M.D. Anderson and Georgetown Lombardi, and I want to encourage everyone to support these centers of excellence that are leading the fight against cancer and saving lives from this insidious disease.”

Louis M. Weiner, MD, director of Georgetown Lombardi, said he is pleased to honor Mortensen with this year’s NFL Players Association Award because it highlights the critical work done by NCI-designated comprehensive cancer centers like Georgetown Lombardi and M.D. Anderson where Mortensen was treated.

“Comprehensive cancer centers are world class institutions that attract the best and brightest doctors, nurses, scientists and researchers,” Weiner said. “When you attract the best, you do the best work. We believe that ending cancer starts here — right here at Georgetown Lombardi, where for nearly 50 years, we have been leading the way in the fight against cancer.”

“I am honored to receive this award,” Yi said. “I want to thank my colleagues and Lombardi leadership for their support and guidance throughout these years. I look forward to continuing working together with my colleagues to fight cancer and push Lombardi to the forefront of cancer research.” 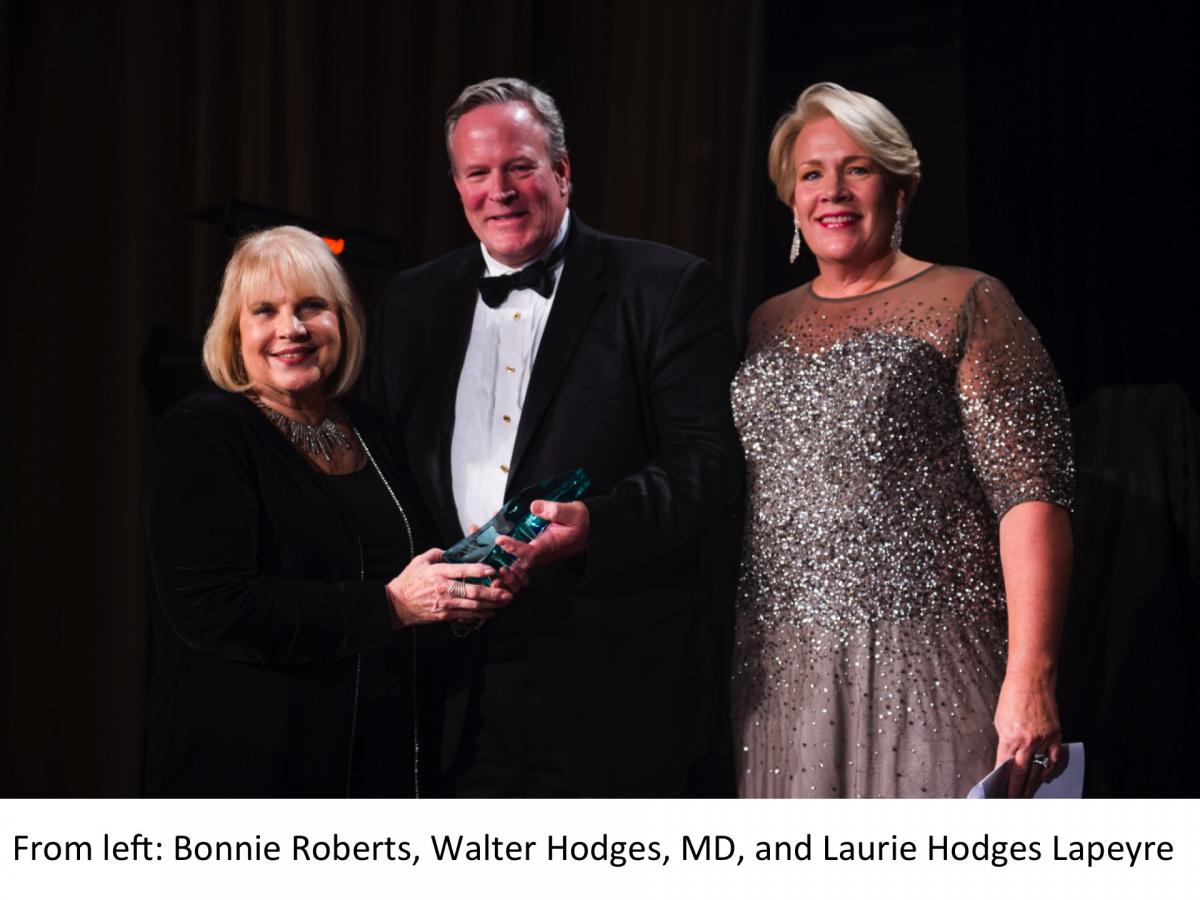 Bonnie Roberts, founding vice-chair of the Lombardi Gala, was recognized with the 2016 Margaret L. Hodges Leadership Award, which is named in honor of the gala’s founder and is presented to an outstanding individual who has demonstrated sustained commitment to Georgetown Lombardi.

“It is impossible to overstate the importance of longtime Lombardi champion Bonnie Roberts,” said Weiner. “As founding vice chair of the Lombardi Gala thirty years ago, Bonnie truly is Georgetown Lombardi, and she knows that our generous donors are the foundation of the life-saving work we do.”

“Margaret Hodges is my mentor and an exceptional role model,” Roberts said. “The example she set for us to follow in establishing a new gala, and bringing in friends and supporters who believed in eradicating this terrible disease, demonstrates what an outstanding person she is. I am humbled to be the recipient of such an important award.”